Anti-immigrant activist Mark Krikorian, executive director of the Center for Immigration Studies, this morning cited approvingly the ideas of white nationalist figurehead Sam Francis in a post for the National Review Online decrying the effects of Obama administration immigration policies. 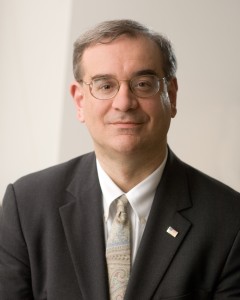 While Krikorian equivocated by saying he was "not a fan" of Francis, he nonetheless approvingly cited his theories in a blog post discussing the effects of the DREAM Act's amnesty clauses on the nation's legal immigration bureaucracy. The post was a response to a Sunday report in the New York Times from Julia Preston, which claimed that "over the past year, waits for approvals of those resident visas stretched to 15 months, and more than 500,000 applications became stuck in the pipeline, playing havoc with international moves and children’s schools and keeping families apart." Krikorian responded:

That’s half a million husbands, wives, and children of U.S. citizens — people whose expeditious immigration even I support, wholeheartedly — have seen their wait times triple because the administration dumped an illegal amnesty program in the lap of an overwhelmed bureaucracy at U.S. Citizenship and Immigration Services, with no additional resources to handle the workload. That means USCIS had to pull people off the processing of legal immigration applications to handle the amnesty applications of illegal aliens, leading to the increased wait times.

Krikorian then suggested that the situation manifested Sam Francis' theory of "anarcho-tyranny":

Note the symmetry: half a million illegal aliens have received amnesty, forcing half a million husbands, wives, and minor children of American citizens to go to the back of the line.

And they’re none too happy about it. One U.S. citizen griped:

You feel as if you did things the right way and you are penalized for it.

Amen. I wasn’t a fan of Sam Francis, but his concept of “anarcho-tyranny” describes this perfectly.

According to Francis, "anarcho-tyranny" is a state in which society becomes controlled by criminals. He claimed that such a state would be the inevitable outcome of multiculturalism.

Krikorian has previously denounced documentation of his far-right extremist moorings as "venomous lying and guilt by association.” We’ll stop noting his extremist views when he stops holding them.