In an interview earlier this week with Jorge Ramos on Fusion TV, Ben Shapiro, Breitbart’s editor-at-large, said that, “[t]his is not a country that discriminates against homosexuals” and that “there is a vastly minute amount of discrimination against gays in this country.” To back up his argument, Shapiro cited the fact that the FBI’s hate crime statistics “show there are about the same number of attacks on Jews in this country as there are homosexuals.” 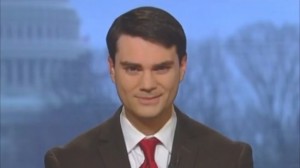 If Shapiro had taken the time to account for the share of the population that the LGBT community makes up, he would have discovered that the community suffers violent hate crimes at rates far higher than other targeted populations. In fact, an analysis by the Southern Poverty Law Center of 15 years of FBI hate crimes data showed that the LGBT community is far more likely than any other minority group in the United States to be victimized by violent hate crime.

Unlike Shapiro, we did the math. You can see it here. While we are talking about hate crimes, let us note as well that the FBI numbers greatly, greatly undercount hate crimes in this country. And that’s by a factor of about 20, according to research conducted by the DOJ’s Bureau of Justice Statistics last year.

Let’s not forget, too, as Media Matters rightly points out, that there is also the fact that the LGBT community is “still at an increased risk for discrimination in housing, healthcare, public accommodations, and employment” and they “often earn far less than similarly qualified heterosexual employees.” And of course they can’t marry in 33 states and in another 29 it’s perfectly legal to fire someone for being gay.