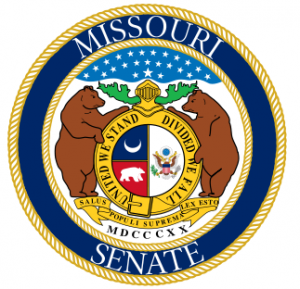 The Missouri Senate is at it again.

On Tuesday, lawmakers passed legislation that would “nullify” all federal gun laws in the state and send federal agents to prison for enforcing them. Last year, a similar bill was passed by both the House and Senate, but was vetoed by Gov. Jay Nixon. A subsequent vote to override the veto failed by only a few votes in the Senate.

The bill’s chief Republican sponsor, Sen. Brian Nieves, says the law is intended to protect law-abiding gun owners from encroachments on their Second Amendment rights by federal regulations and officers. As written, federal agents would be subjected to civil and criminal penalties for knowingly enforcing federal gun laws in Missouri, with penalties including a year in prison and a $1,000 fine.

“This is primarily purposed to protect liberties of Missourians,” said Nieves, of Washington.

The legislation also would allow concealed gun permit holders to carry their weapons openly, including in municipalities where such “open carry” practices are banned.

Even if the bill succeeds this year, it will certainly face a legal challenge in the federal courts, which have consistently ruled that states cannot overrule federal statutes, consistent with the Supremacy Clause of the U.S. Constitution.

The Missouri “nullification” effort has its origins in similar schemes concocted in the 1990s by leaders of the militia and anti-government “Patriot” movements. Many of its core ideas harken back to far-right Posse Comitatus schemes regarding county power versus federal power.

Nonetheless, “nullification” strategies have been gaining some traction in conservative circles in recent years, thanks in no small part to right-wing pundits like Glenn Beck who claim they are legitimate political theories with “constitutional” grounding.