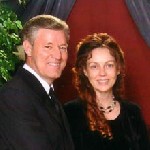 Railing fervently against the “hybreeds” spawned by God-defying, racially mixed marriages, Pastor Donny Reagan of Tennessee’s Happy Valley Church of Jesus Christ doesn’t look very happy on a widely circulated Internet video that comes across like a relic from some 1950s archive.

The pastor minces no words in his sermon: “What white woman would want her baby to be a mulatto by a colored man?” As for the black man who has children with a white woman: “He don’t want them to look like him, so he’ll marry with another.” Lest this sound racist, Reagan adds helpfully, “Some of the finest people I ever met in my life was some of them colored people.”

But this sermon isn’t from the bad old times; it was recorded just last year in Reagan’s 600-member Johnson City, Tenn., church. What’s more, the pastor is not unique in translating the theology of William Branham, a breakaway Pentecostal religious leader, into a “no-exceptions” Biblical ban on interracial marriage. Branham-based churches are scattered across the U.S. They may not all embrace the racial separation extolled by Reagan, but the Branham theology invites racism, says James Walker, president of The Watchman Fellowship, an Arlington, Texas, evangelical ministry that researches cults and new religious movements.

Branham, a U.S. preacher and faith healer who died in 1965, identified with the Pentecostal movement until the late ’50s, when he began to reject core aspects of traditional Christian faith.  He preached that original sin stemmed not from Eve biting the fruit and gaining knowledge but, instead, from her sexual intercourse with the serpent, which resulted in the birth of Cain. This led, through the bloodline of Cain, Noah and Ham, to a race of human beings who were descended from the evil serpent. Guess who they are.

Actually, Branham never quite said, notes Walker, author of The Concise Guide to Today’s Religions and Spirituality (Harvest House).  “But it’s not that far a stretch to begin to interpret it in a racist way. Any church that teaches this ‘serpentism’ is going to have a tendency to be racist, because it separates people by DNA and bloodline. It’s a way of marginalizing people,” says Walker, who adds that he’s spoken with U.S. pastors in Branham’s camp who don’t appear to be racist.

It’s hard to know exactly how many Branham-allied U.S. churches there are, since there is no central denomination — Branham preached against it — or uniting authority. It’s a loose confederation, says Walker, with churches geographically scattered in places including Louisiana, Indiana and Arizona. Branham is extolled as an apostle himself, practically a god, in these churches.

Branham’s theology, alive as it still is today, also was a precursor of the virulently racist and anti-Semitic Christian Identity theology, suggests Michael Barkun, an emeritus political science professor at Syracuse University and author of Religion and the Racist Right: The Origins of the Christian Identity Movement (University of North Carolina Press). Most Christian Identity followers also posit that Eve mated with Satan, starting, through the birth of her first son Cain, the line of biologically Satanic people who today call themselves the Jews. People of color, in this twisted interpretation of the Bible, are soulless beings made by God on the sixth day as “beasts of the field.” Adam’s descendants? They’re all white Christians.

“Christian Identity has it all worked out who’s the lower people. Branham was not quite there,” Barkun explains.

But most of Branham’s modern adherents certainly believe that miscegenation is a sin decreed by God. Happy Valley’s Pastor Reagan compares people to corn: “If corn was raised in a certain way, yellow corn, don’t mix it with white corn. If you do your mixing, you can’t bring yourself back again,” he warns. Black women don’t want their children to be of mixed racial background, he insists. Reagan says many black athletic stars choose white wives in a willful attempt to make their offspring lighter, challenging God’s plan. “He don’t want them to be like him, so he’ll marry another. … It’s another defiance of God’s law, it’s a worldly way.” And the pastor condemns fellow ministers who perform interracial marriages. “Some of the men in pulpits should have a pantywaist instead of a preacher coat on!”

But the most ludicrous implication about race mixing — and one that would have been right at home among the most virulent 1950s defenders of segregation — is left for last in his sermon. From far, far right field, Reagan draws the C-card. “You mean to tell me,” he demands, outraged, “that Communism has infiltrated our message, not through Stalin, not through Mussolini, but through mixed marriage?”