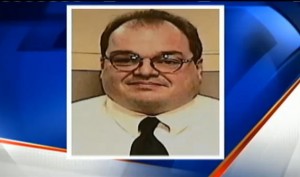 The FBI has joined the hunt for three suspects wanted for a possible hate crime in Dayton, Ohio, that sent a white bus driver to the hospital with stab and gunshot wounds and a miraculous story of survival.

The driver, Rickey Wagoner, 49, told authorities that he was shot once in the leg and twice in the chest in the pre-dawn darkness of Monday morning, but a religious tract titled “The Message” in his breast pocket stopped two of the bullets, apparently saving his life, the Dayton Daily News reported today.

Wagoner was attacked on a sparsely traveled stretch of his route. “I’ve been hit in the leg,” Wagoner told an emergency dispatcher at 5:20 AM, according to the News. “My chest feels like I’ve been hit with a sledgehammer.”

Wagoner described his attackers as three black males, probably in their late teens. Their faces were covered, however, by blue bandanas. They fled in a dark-colored 1990s Ford, leaving behind a .25-caliber handgun believed to have been used in the shooting.

A 10-year veteran of the Regional Transit Authority and a union steward with a sterling employment record, Wagoner told investigators that he was on the street, trying to determine why his electric-powered trolley bus had lost power when he was approached by the three males, the News reported.

Wagoner told investigators the attack may have been a street gang initiation. Wagoner said just before the shooting he heard one of the suspects tell another one to kill him “if you want to be all the way in the club,” according to the News, quoting from a Dayton Police Department crime report.

The attackers, Wagoner said, also stated that they were there to “shoot a polar bear” — street slang for a white person.

“We’re investigating this as a hate crime because of the information provided by the victim,” Dayton Police Chief Richard Biehl told the News on Tuesday.

Wagoner told authorities that he wrestled the gun away from one of the attackers, but then one of the others stabbed him in the arm with a knife.

At least one FBI agent has been assigned to the case because of the bureau’s expertise in investigating hate crimes, the chief said.

Meanwhile, investigators are also looking closely at the gang initiation angle, the chief told the News, adding that he could not recall a similar attack to the one described by the driver, who was treated at a local hospital and released Tuesday afternoon.

“Gang initiations do occur,” the News quoted the chief as saying. “They may involve ‘beat ins’ — assaults of initiates by other gang members — or involve the commission of a crime. It is difficult to speculate on the frequency of such occurrences as the initiation process is often self-contained within the gangs.”