Christhiaon Coie has spent 43 years waiting for the day when the brutal, Catholic- and gay-hating cult leader who she says raped her and numerous other girls, some of them as young as 8, would get his just desserts.

In Miller County, Ark., a judge ordered a church run by 79-year-old Tony Alamo, who is serving a 175-year sentence on 10 counts of sex trafficking minors, to pay seven women abused by him as girls $525 million in actual and punitive damages. The women sued after Alamo’s criminal conviction in Arkansas in 2009. 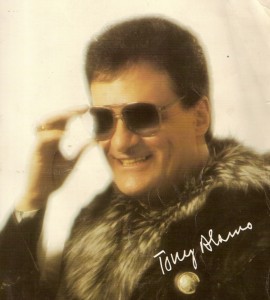 It is believed to the largest civil award in Arkansas history.

Coie was not a plaintiff in the case, but she has spent much of her life traumatized by her rape at age 13 or 14 by Alamo, who was then married to her mother, Susan Alamo. She finally fled her home in 1971, and since that day she has done what she could to battle Alamo, a bizarre man who had followers pray for Susan’s resurrection for months after her 1982 death from cancer. Coie even had to sue Alamo to force him to return her mother’s body, which he hid for years.

“Once Tony loses every piece of property, he’s a paper tiger,” she said, adding that she was nevertheless still afraid after years of hiding from Alamo. “We still go to sleep with one eye open; the other one’s partially open, too. Once he realizes there’s nothing left, I think he may try to come after me and a lot of other people who had the guts to stand up. I’d be a fool to say I’m not afraid.”

Unlike many cases with such huge awards, the plaintiffs in this case may actually see most of what they won in the default judgment last week. That’s because the arm of the Alamo Ministries that lost the case, Twenty First Century Holiness Tabernacle Church, owns property in California that reportedly has valuable water rights. The LA Times reported that the plaintiffs’ lawyer, David Carter, said the rights could bring in as much as $1 billion when they are sold to satisfy the judgment.

Tony and Susan Alamo founded Alamo Ministries in the 1960s in Southern California, bringing in school dropouts and wayward hippies and schooling them in their antigovernment, anti-Catholic and anti-gay hatred. Many families with children ended up living in Alamo compounds there, in Arkansas and elsewhere.

Like other victims, Coie says she was regularly and brutally beaten by both Alamo and her own mother, who never defended her against the assaults by her husband. Victims were told that this treatment was God’s will. With co-author Brandon Lowrey, Coie has written a book about what she and others in the cult endured, for which she is seeking a publisher. Its working title is Mama Said.

The lawsuit alleged that Alamo called young girls in the cult his “brides” and “spiritual wives” as early as age 8, and that the church failed to stop him. The lawsuit also names as defendants an apartment company owned by Alamo’s group and Alamo himself, but that portion of the litigation remains unresolved.

Although Alamo went to prison for tax evasion in the 1990s, Coie says he basically got away with murder aside from that. No one paid any attention to his violence and sexual predations, she said, until the Southern Poverty Law Center published a major exposé on the cult in 2007, followed by a graphic interview with Coie in early 2008. Later that year, his headquarters in Fouke, Ark., was raided after victims accused him of child abuse, child pornography and polygamy.

“I will go to my grave knowing that had Southern Poverty Law not done those articles, Tony Alamo would still be raping and beating and destroying the lives of every little boy and girl and adult who stayed there,” she said. “You folks broke that open. God bless Southern Poverty Law. I met people who had guts.”