The tiny town of Leith, N.D. has won big.

Craig Cobb, the neo-Nazi who tried to buy up the windswept patch of weary houses, abandoned lots and gravel streets and turn it into an all-white enclave called “Cobbsville,” no longer owns any property in the town of 16 residents, according to The Associated Press.

Cobb, the AP reported yesterday, has deeded over his six remaining lots back to the town at no charge as he sits in a North Dakota county jail, awaiting sentencing for terrorizing residents of the community during an armed patrol of Leith last fall. 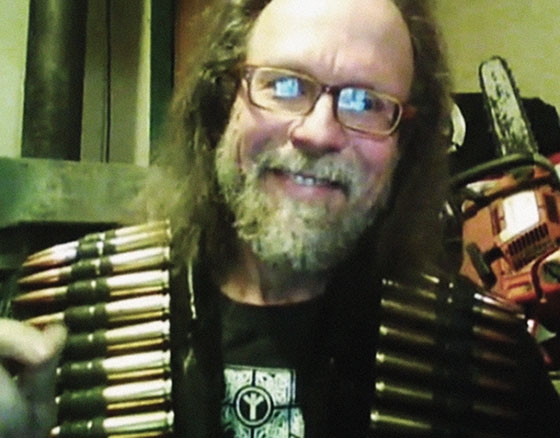 It was Cobb’s last day of freedom. Dutton was also arrested and charged with terrorizing Leith, but was released in January after pleading guilty to lesser charges and agreeing to testify against Cobb.

“I pray for you every day,” a resident told Cobb as he shouted and cursed his neighbors that day.

No wonder the mayor of Leith, Ryan Schock, told the AP that it “was definitely a huge relief” when Grant County Sheriff Steve Bay stopped by his office and showed him the deeds.

“We’ve finally got them back,” the mayor said. “I’ve got them here in my possession.”

Cobb pleaded guilty on Feb. 27 to five misdemeanor charges and one felony terrorizing charge in a deal that was supposed to spare him further time behind bars. But the judge ordered a pre-sentencing investigation before he would accept the deal and Cobb was returned to his jail.

Cobb first showed up in Leith about two years ago, a mysterious elderly stranger, with a scraggly beard and a receding hairline. He said he was just looking for some property to buy in town, a place where he could settle and think in peace in his declining years. Soon, he had cobbled up a dozen pieces of Leith – some for as little as a few hundred dollars.

Then he put the word out to his fellow white supremacists – Cobbsville was open for business.

“I am ready now,” he wrote on June 10, 2012, on Vanguard News Network (VNN), an anti-Semitic and racist Web forum. “This is an open invitation to all WNs [white nationalists] to come and settle in this town.”

Only Dutton and his girlfriend answered Cobb’s call, moving in with him into the ramshackle house without running water that Cobb purchased sight unseen for $5000 for the headquarters of his white supremacist fantasyland.

Metzger, who told the AP last November that he planned to return the property to Cobb because he did not agree with his methods, has apparently changed his mind. “They have not gone lightly on Craig Cobb,” he told the AP yesterday, “so I’m not planning on returning anything.”

What he will do with it, Metzger said he did not know.

Meanwhile, Mayor Schock told the AP, that Cobb’s failed attempt to take over Leith would be celebrated in July along with town’s 105th anniversary.