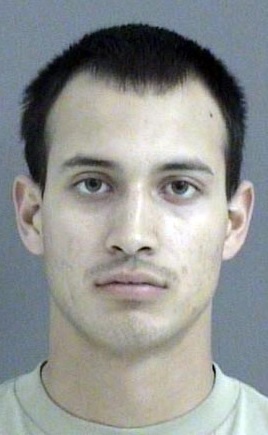 The leader of a secret, murderous militia group, already serving life in prison for murder, today was found guilty in an Army court of the earlier murder of his wife and their unborn child.

Immediately after finding U.S. Army Private Isaac Aguigui guilty of the murder of his pregnant wife, the military judge who heard the case began the penalty phase in a military courtroom at Fort Stewart, Ga.

Sgt. Deirdre Wetzker Aguigui, an Army linguist, was found dead in her home on the Georgia Army base on July 17, 2011, about the time her husband began forming a militia he named FEAR – Forever Enduring, Always Ready. An autopsy concluded the woman was either choked or smothered.

Investigators determined Aguigui used the $500,000 proceeds from his wife’s life insurance to buy weapons for the video-game inspired militia. Many of the weapons were purchased from a firearms store in Washington state, near where Aguigui was raised.

Before arrests were made, investigators say Aguigui and members of his FEAR militia – all with ties to the military – discussed bombings, kidnappings and political assassinations.

Aguigui pleaded guilty last July in a civilian courtroom for his involvement in the murders of Tiffany York, 17, and her boyfriend, Michael Roark, 19, a former soldier who served with Aguigui. They were shot to death, execution style, in a wooded area just beyond the federal boundaries of the sprawling military base.

Roark was killed “to be silenced,” investigators said, because Aguigui believed the militia group had been betrayed by Roark, who left the military two days before the murders on Dec. 5, 2011.

Last August, the families of the murdered teenagers filed a $30 million wrongful death lawsuit against the U.S. Army. The plaintiffs alleged the Army failed to correctly investigate the death of Sgt. Deidre Aguigui, waiting two years to determine it was a homicide. If that had been done and arrests promptly made, the families contend their teenagers wouldn’t have been murdered by Aguigui and his gang.