An armed, 65-year-old, self-described “sovereign citizen” was fatally shot in the head this week during what’s being described as a gunfight with local sheriff’s deputies in a suburb of Cleveland.

Israel Rondon’s death came after a 5-year legal battle he waged in a fruitless attempt to convince various courts of his belief that government agencies and laws have no control over so-called sovereign citizens – or a freeman, as he liked to call himself. 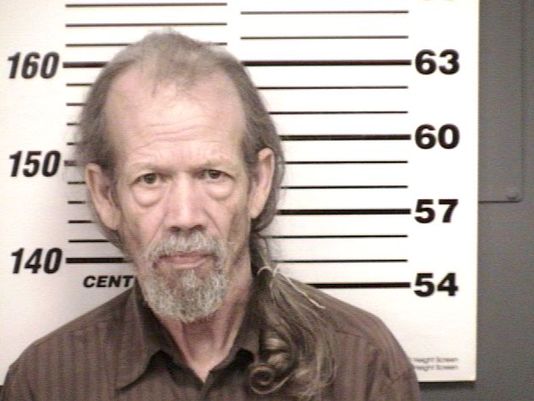 As numerous other law enforcement encounters with activists in the United States have shown, the seemingly harmless paperwork filings favored by antigovernment sovereigns can escalate into deadly violence very quickly. Seven law enforcement officers have been killed in the United States since 2000 by members of the sovereign citizens movement, which has been deemed a “domestic terrorist” movement by the FBI.

When six deputies went to Rondon’s residence in Middleburg Heights, Ohio, on Tuesday to arrest him for probation violation, “he came after the deputies with a rifle and opened fire,” the Cleveland Plain Dealer reported in Thursday’s editions.

NewsChannel5 reporters noted that every corner of Rondon’s home and its foundation was spray-painted with words and numbers from U.S. code: “Title 18 1581-241 USC”.  That particular code – dealing with slavery, peonage, and forced labor – is frequently cited by sovereign citizens, who believe that such citations release them from obligations as citizens of the United States, including paying their taxes or obeying traffic codes.

A preliminary investigation by the Ohio Bureau of Criminal Investigation found that two deputies fired shots, at least one of which struck Rondon in the head, the newspaper reported. No deputies were injured.

Like so many sovereign citizens who believe they don’t need a driver’s license to operate a vehicle, Rondon’s first encounter with the law came during a traffic stop on Sept. 9, 2009, according to the Cleveland newspaper.

During that stop, a deputy found a loaded .38 caliber handgun under the car seat and a large military-style knife attached to Rondon’s belt. He pleaded no contest to resulting weapons charges in summit County Common Pleas Court, and got two years probation.

But then, the newspaper reported, Rondon filed an appeal, claiming Ohio’s concealed handgun law was unconstitutional because it doesn’t contain provisions to waive fees for indigent persons. His appeal was tossed when judges ruled his constitutional challenge of the law came too late, only after he entered his plea.

In November 2011, a warrant for Rondon’s arrest was issued when he failed to show up for a court hearing.

Middleburg Heights Police Lt. Kevin Hoover initially wasn’t aware of that warrant on Feb. 8, 2012, when he encountered Rondon while responding to a report that people were illegally shooting deer. When the police officer later went to Rondon's home to arrest him on the warrant, Rondon resisted, striking Hoover, the newspaper reported.

Acting as his own attorney, he was sentenced to two years of probation after pleading no contest to those charges in September 2012.

In April 2013, when Rondon was cited in Berea Municipal Court with misdemeanor zoning and building code violations, he responded, as sovereign citizens frequently do, with lengthy handwritten motions questioning the court's jurisdiction.

While those cases were unfolding, Rondon filed eight lawsuits in U.S. District Court seeking millions in damages from various government officials, agencies and banks. Those kinds of filings have come to be known as “paper terrorism,” an antigovernment tactic that has clogged many courts with legal filings that countless judges have found are nonsensical and without legal basis.

All eight of Rondon’s suits were dismissed within week by judges who held that the suits “were difficult to understand and lacked factual evidence,” the Cleveland newspaper reported. But those rejections didn’t stop Rondon.

In January 2012, he filed three more lawsuits against three banks, the Federal Reserve Bank of Cleveland, the governor of Ohio and the state Legislature. He accused the assorted defendants of violating the federal Racketeer Influenced and Corrupt Organizations (RICO) Act.

Rondon said in his filing that he was bringing the suits because the defendants had attempted to “humiliate, diminish and negation of authority [sic] from which sovereign citizen without political lien or venue takes severe injury.” Less than a month later his suits were dismissed as baseless.

Rondon was back in court again on Jan. 3, 2013, that time accusing the Social Security Administration of withholding payments to him while he was in jail.  That suit was dismissed a month later by a judge who ruled it “lacks plausibility.”

Judge John R. Adams wrote that Rondon’s suits were “rambling and incoherent” and his contention that he had been denied due process by the courts was “devoid of any factual support for such assertions.”