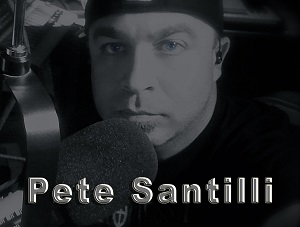 Santilli devoted more than an hour of his Internet radio broadcast on Monday to interviewing Bundy. As the interview progressed, Santilli became increasingly incendiary, calling on members of militias in the region to show up and defend the ranchers. At the end of the exchange, Santilli concluded with a rant that veered close to suggesting that federal law enforcement officers at the scene should be treated like enemy terrorists waging “jihad” against ordinary Americans:

We talk of, ladies and gentlemen, the American Dream. We talk of it. We talk of the pride that we have in what our Founding Fathers put forth for us, our U.S. Constitution. The flag – all the men and women that have given their lives to defend what this man is standing and defending. Right now. And it’s now a matter of determining: Are our domestic enemies, right now, more of a detriment to the survival of our nation than these foreign enemies that we get so energized to go and kill?

Do we need to dress these federal agents up as a bunch of brown people and say that they came from the desert and they want to wage jihad against us, or are we going to call it jihad, just about, against the American people at this point?

As he wrapped up the rant, Santilli became even more explicitly violent, characterizing the Nevada showdown as a “fight to the death”:

Is it time now, at this point in time – if this is not THE issue, right now! Where we stand and fight to the absolute, and I say, death! There is no other option! The federal government must get out of the state of Nevada, with respect to that 600,000-acre ranch – they must leave. We want that to be done peacefully. If they don’t want it to happen peacefully, it is gonna be by their choice.

Santilli’s solution: Militiamen and “patriots” need to bring their guns:

Ladies and gentlemen, when I say, I’m calling upon every single American anywhere in the vicinity of Clark County, pool your money together, fill up your gas cans, get your cameras. If you’re in Nevada and you can legally carry, get weapons out there, OK? We’re going to stand and fight in Clark County, Nevada! They will leave or else!

Of course, if gunfire actually does break out, one can rest assured that he will almost certainly be nowhere in the vicinity himself.