Here at Hatewatch, we’re taking a deeper look at the donors who keep the largest hate site on the Internet – Stormfront – up and running. Taking in more than $100,000 a year in contributions, Stormfront is one of the best-funded hate sites in the world.

Although the site has hundreds of “Sustaining Members” that pledge $50 a year, a detailed financial study by the Southern Poverty Law Center (SPLC) shows that usually less than a dozen donors provide more than half of the income Stormfront takes in each month.

In fact, only a handful of high value contributors cover most of the costs involved in keeping Don Black, owner of Stormfront, and his vision of “White Pride Worldwide” online. 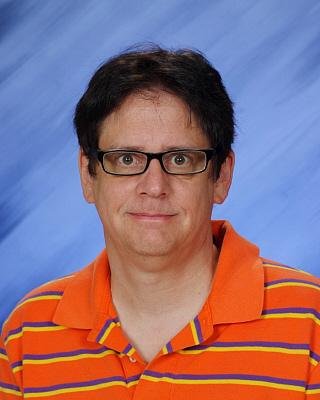 Holthoff, 53, a teacher at Star City High School in Star City, Ark., about 60 miles south of Little Rock, is another neo-Nazi in a position of trust, hidden in plain sight. On his Facebook page, he links to various hate groups, including American Renaissance, The Occidental Quarterly and Alternative Right, along with the Star City High School Art Department.

It is on Stormfront, in more than 400 posts over the past ten years, where Holthoff has made clear his opinion of the African-American students he is entrusted to educate. Posting under the anonymous user name, “David_Lee_Saxon,” Holthoff has been unflinchingly open about his professional position. “I teach high school and you would be amazed at some of the wild rumors Negro students believe,” Holthoff wrote in 2008.

In a 2009 post in the Stormfront Youth section, in a thread titled “Aren’t Teachers Supposed to Teach truth?” Holthoff wrote: “I teach social studies in a public high school and I am racially conscious!”

In another forum thread he started in 2009 titled “Reflections from a racially conscious high school teacher,” the Arkansas teacher wrote, “You don’t know chaos until you have seen Negro students going wild in the halls after the [2008] election screaming: OBAMA...OBAMA!!!”

Mike Walker, the principal at Star City High School, told Hatewatch he had “no clue” about Holthoff’s racist activities. Dr. Richard Montgomery, the school district’s superintendent, told Hatewatch, “The school district does not advocate hating anyone.” For his part, Holthoff told Hatewatch, after being advised that his racist postings would be reported on, “That’s fine. Go for it.” He added, “I’m not talking to you. I have nothing to say.”

In his writings, rife with spelling and punctuation errors, Holthoff has repeatedly expressed his opinion on interracial dating in his high school. “In every high school there are white girls willing to have sex with black males. I have seen it change from “‘Thats [sic] is so gross, I would never do that .’ [sic] to ‘Well, I personally wouldn’t do it, but if they are in love who are we to interfere?” He continues, “What is changing now is that even ‘nice’ girls from ‘good’ families are having interracial relationships. its not just ‘poor white trash’ girls anymore. I know of cases in which they go to the prom together and the white parent does not have a problem with it!” 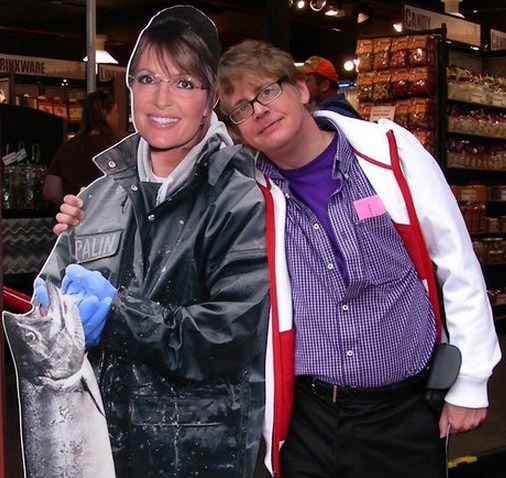 “I happen to be employed in a school district that is 85% Caucasian. In the most recent homecoming election the queen was white and the king was black. They are also dating, it is widely known as they walk hand in hand down the hall. This school is very rural, they love hunting, fishing NASCAR, and four wheel riding, the very people the media denounces as racist and homophobic, and yet the king and queen received a standing ovation from their fellow high students.”

In another post last year, Holthoff described his high school’s commencement ceremonies and complained about “that odor” of African Americans: “Its [sic] graduation time. I always get a kick out of how white administrators beg and plead for people to behave during the ceremonies. Black parents are the worse. The entire race must have ADD. Halfway into the ceremony they scream, shout, blow air guns and dance in the aisle when their child’s name is called. And that odor get in your clothes to! [sic]”

The SPLC’s files suggest that Holthoff, 53, has been an active neo-Nazi for most of his adult life. Records show he joined the neo-Nazi National Alliance in May 1980 at the age of 19, where he was given membership number A3148. Records also show Holthoff joined National Vanguard in May 2005 as member #V0547, and he is listed as a “lifetime” member of White Revolution.

In a 2007 Stormfront post, Holthoff outlined his pedigree in the racist movement. “I was a loyal NA [National Alliance] member for years, went to two national leadership conferences and once stayed a week in WV [West Virginia] with a friend who was employed on staff under WLP [now deceased leader of the National Alliance William Pierce],” he wrote on Stormfront. “After the death of WLP the infighting and rumors and excessive secrecy disgusted me and I left and joined NV [National Vanguard]. I was at the second [David] Duke leadership conference and had so much hope. I suspect most of those present were NV members.”

Expressing common movement fantasies about rounding up “race traitors” after the revolution, Holthoff wrote earlier this year that he hopes a “top secret group” of white supremacists will form to “bring to justice“ those “traitors” who promote interracial activities like the Super Bowl:

Have you seen how much Super Bowl seats cost? I regard any white that goes to such as irredeemably lost and a traitor to his people. After all, both teams that they will pay thousands to watch are majority non-white.

I hope that when the White Separatist State becomes a reality we have a top secret group that will seek out and bring to Justice, regardless of where in the world they may be, whites that produce or direct such interracial features.

Holthoff also sees a Jewish conspiracy in the making of teen idols:

But wait! There is a pattern here. Jews and liberals (What I call the Judeo-liberal coalition) deliberately build a person up as a teen idol. They make sure she is clean as a whistle (Or at least assures us she is. I lost track of how many parents told me years ago that Hannah Montana was an excellent role model for teens and that she was a virgin and a Christian.....)

But I see a deeper pattern here! Remember Buffy the vampire slayer (Yes, I realize the girl playing her was Jewish) but she had a devoted teen following and was marketed as a strong female that all should idolize. The first couple of seasons built the fan base up. But then came the inevitable race mixing with episodes of her dating her former black principal. The idea is to get them hooked and then have their idol in question race mix or become lesbian as a way of encouraging same among teens. Notice how many times that occurs now in teen sit-coms.

5. I have taught in public schools before. Girls do indeed mature faster, both physical and emotionally than guys. At the risk of being sexist I would rather teach girls. They are more respectful and easier to teach.(I am only referring to WHITE high school girls)

8. I am always aghast at how stupid guys are that get arrested trying to meet this or that 13-17 aged girl in a local hotel. It is always a cop playing as if he is a girl. Folks, I can tell you from experience that teenage girls don’t troll the internet looking for thirty and forty year old guys. Don’t be stupid!

9. Indeed the FBI hired some teenage girls to teach law enforcement how to chat like a teen on the internet in order to entrap people. This operation was called Innocent Images. Yes, your tax dollars at work!

10. Ive [sic] known people to get catalogs in the mail that look fabricated, as if the FBI set them up. These catalogs offer videos of underage girls attending nudists camps. You are invited to order. Don’t be dumb! Its a set up!

“Didn’t Hitler suggest lowering the age of consent for marriage as a way to combat the hothouse sexual atmosphere that reigns supreme in any Judeo-democracy?”

Although most of the hate groups Holthoff is known to have been a member of are now defunct, he claims to run a Yahoo group called “White Southern National Front.” This member-restricted group, started in 2004, remains active.

Oh, and one other thing. It turns out Holthoff is also a ghost hunter of some sort who claims to have seen apparitions. Click here for his web page if you want him to help you track the paranormal.