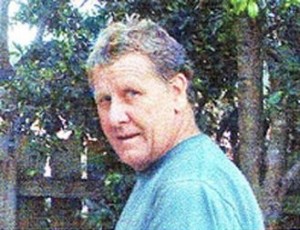 The leader of a South Carolina Ku Klux Klan organization has announced plans for what he’s billing as a “national” gathering of fellow Klansmen, dubbed “KKK Jam,” at his group’s headquarters in Abbeville this July. However, the invitation list is decidedly short.

This event is only open for members, family members and Klansmen being Knighted. I run a very secretive Klan. The media, like you, enjoys exposing people. I have school teachers, doctors and law enforcement as members. While America by law, grants people personal freedoms, I have seen people in the past harassed by Zionist groups such as the ADL and SPLC. I've seen people fired for expressing their freedoms of speech and religion. I do everything I can to grant my members their safety.


Murray explained: “This event is our first official National Meeting. We Knight new members who have reached Knighthood and promote Knights to higher ranks who have worked hard for us.”

And Murray was careful to distinguish his “Knights” from other Klan groups, noting that the Imperial Klans of America and the Knights of the Ku Klux Klan each have their own annual gatherings in other locales. He even requested that the reporter only use photos of his particular sect so as not to risk being associated with some lesser Klan group:

I only ask that if you show pictures from the Klan, use pictures that I send you. There are currently between 30-45 Klan groups in the United States today. I do not want a story done which shows some random Klan group. That group could be a false Klan made up of criminals, drug addicts and drunks. I will gladly send you another email along with pictures of our previous Klan events.

Murray wrote that his New Empire Knights outfit was rather new, having formed only in February of 2013: “There have been numerous Klan groups since 1948. I had ‘retired’ from the Klan in late 2010 or so. I had a meeting with some fellow Klan friends in late 2012. They voted me in as Imperial Wizard (National Leader) and the New Empire Knights was born.”

Their motives: “Like me, others were sick of these fake Klan groups made up of skinheads, jobless slobs and criminals,” Murray wrote. “We wanted a real Klan group made up of white Christians.”

He explained his background in more detail to a reporter from the Greenwood Index-Journal:

I had been in a few smaller Klans during the 1980’s. In around 1993, I do believe, I joined the Konfederation of Klans (KOK). The group disbanded after about two years and I followed Ron Edwards into the Imperial Klans of America, where I served as Grand Dragon (state leader of South Carolina). A few states split from Ron and formed the Brotherhood of Klans (BOK), which became the largest Klan group in 2008. Dale Fox, the Imperial Wizard passed away suddenly of a heart attack and the BOK was never the same. I took a couple of years off from the Klan. A friend called me and asked me to attend a few meetings in Georgia in early 2013. I did. Next thing I know, I was voted in as the Imperial Wizard of the New Empire Knights.

Murray told WHNS-TV that he had been motivated to join the Klan by his experience in the Army, where he says he served two years:

I saw minorities, mainly blacks at the time, being promoted through the ranks with lower test scores than whites. Of course even today, this still happens. I noticed the downfall in our school system, once safe white neighborhoods turning into dangerous nonwhite gang warzones and the rights of Christians (white Christians) were being taken away.

Like most people, I saw that something in this nation was not right. It seemed the Klan was one of the very few groups out there speaking up for White Americans.

He scoffed at neighbors’ concerns in Abbeville about a national Klan gathering: “What are people concerned about? The event is held on private property and my members have done nothing to harass or scare these people.”

In his interview with the Index-Journal, Murray touted his organization’s ostensible charity work, including a scheduled June 21 food drive in Kinsport, Tenn., at which all races will supposedly be welcome:

We have done several events like the one you mentioned. My Georgia guys have done the most. They did one a few months back in Newnan. A few blacks showed up. At first they were being very vocal of their dislike toward us. After talking to them and offering them free food, many of them were surprised at our kindness. We showed them pictures of the Klan during the 1920s and even during the 1950s doing charity and helping blacks, something you never see on TV or in books. We educated them about their ignorance of the Klan.

During Christmas time, I personally donated several boxes of clothes to the needy. My guys in Georgia have done several food drives. My guys in Indiana just recently sent $100 to a black family whose children were killed in a house fire started by white thugs. You never see the ADL or SPLC print those stories, do you?

Murray, at his own website, seemed to find the attention over his “KKK Jam” plans a little disconcerting:

Apparently the media in South Carolina has very little to do. They are making a big deal about a Klan event held on private property. I am not even sure why this is making headlines. When did people’s personal freedoms become major news stories? I have been amazed at the media coverage of our event.

And he explained why he chose to be so selective in his invitations: “People seem to think we believe we are better than others or too good for others. Nothing could be further from the truth,” he wrote.

It’s not snobbery, Murray says, but security: “Keeping a secretive membership is what keeps us safe. I also don’t want to be guilty by association. This happens a lot in the white nationalist movement. Keeping to yourself is the smartest thing any pro-white organization can do.”