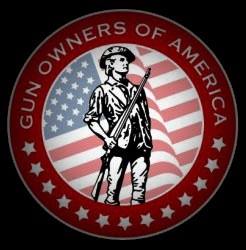 There have been a number of conspiracy theories in recent years about ammunition shortages. More often than not, these theories lay the blame for the low ammo supplies at the feet of, you guessed it, President Obama.

Now a spokesman for Gun Owners of America (GOA), a far-right gun lobby organization, has a new twist on these theories: The government, notably the U.S. Department of Agriculture (USDA), is buying up ammunition in preparation for a “confrontation with American citizens,” the next step in establishing an Obama dictatorship.

"We suspect that the federal government is anticipating and preparing for confrontation with American citizens," Mike Hammond, GOA’s legislative counsel, told the American Family Association website OneNewsNow. Hammond then wondered aloud “if President Obama is preparing for a dictatorship.”

"What are the characteristics of a dictatorship?" Hammond said. "An individual who is bound not by the law, but by his own desires and his own goals. And that may be where we are now."

According to OneNewsNow, Hammond wondered “if the USDA closely watched the Cliven Bundy confrontation in Nevada” and questioned ammo purchases by the U.S. Postal Service and the Social Security Administration (both of which employ investigators and special agents who work with law enforcement agencies to fight theft and fraud).

Hammond also falsely claimed that “the Obama administration is making it increasingly difficult for American citizens to obtain ammunition,” a claim that was recently discussed at length by conspiracist website Newsmax – in an article featuring GOA.

"There is no doubt that the president's anti-gun agenda has driven the sale of guns and ammunition through the roof," Erich Pratt, spokesman for Gun Owners of America, told Newsmax. "President Barack Obama can truly be known as the gun salesman of the decade."

Indeed, increased sales of both guns and ammunition have been closely associated with Obama’s election in 2008 – though not, from the evidence, due to any action on the part of the president, who generally avoided discussion of gun violence issues prior to the horrific massacre of schoolchildren at Sandy Hook Elementary in Connecticut in December 2012.

Instead, the National Rifle Association and other gun-lobby groups, abetted by right-wing pundits such as Glenn Beck, began claiming even before Obama became president that he intended to take their guns away. That immediately resulted in a huge spike in sales of both weapons and ammunition.

This trend only intensified after Obama won and continued through his 2012 re-election campaign and beyond.

Theories that the ongoing shortage of ammunition are a product of a nefarious Obama plot continue to persist, with one gun website recently theorizing that “the long term ammo shortage crisis is due to a well-executed ‘secret’ plan by the Obama administration to control the ammo markets through federal agency purchases and other covert measures.”

The NRA itself recently knocked down these theories, explaining in the pages of American Rifleman that everyday gun owners themselves are the main driver behind increases in prices and limited supplies. The NRA reported that ammo sales excise taxes received by the federal government roughly tripled in size between 2000 and 2012, while the dollar value of ammo sales increased nearly 100 percent between 2007 and 2012.

What that meant, the NRA explained, was that ammo sales "started to climb fast as gun sales began surging" as early as 2008, when fears about a possible Obama presidency began circulating.

As the Spokane Spokesman-Review recently explained, “Increased sales triggered even more demand as shooters stockpiled as much ammunition as they could get their hands on.” It also noted that the ammo sales frenzy is linked to record levels of firearms sales in recent years.

In other words, fears over a fictitious, Obama-led gun confiscation sparked a run on guns and ammo. The subsequent shortages led to further buying frenzies each time new supplies became available, leading once again to shortages that fueled more fears and more demand. It’s a vicious cycle that has served the interests of far-right gun groups while lining the pockets of gun manufacturers.

You can rest assured that GOA, in particular, won’t let the facts get in the way of this conspiracy theory.