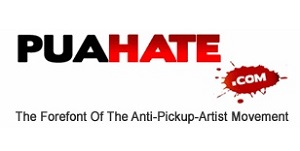 Rodger appeared to view himself as something of an incel revolutionary. In November, Rodger reacted angrily to another user who suggested that lucid dreaming might be an acceptable stand-in for sex. “If all incels were to start getting sedated by lucid dreaming, incels will become docile and there will be no revolution,” he wrote.

Instead, Rodger wrote that incels must go on offense: “If we can't solve our problems we must DESTROY our problems.” He concluded with a call to arms against women:

One day incels will realize their true strength and numbers, and will overthrow this oppressive feminist system.

Start envisioning a world where WOMEN FEAR YOU.

Rodger had a similar reaction a month earlier in October when a user suggested virtual reality as an outlet for incels: “No... this is a dark future for incels. It will only keep them sedated and prevent the revolution that needs to happen.”

In January, another frequent PuaHate user – "The Purifier" – argued that “Incels should go on strike” with the aim of an “Incel Revolution against women and feminism”:

All Incels should go on strike for a few days, our first blow against a society that oppresses us. Women treat us like we are a waste of space, that we are unworthy. Society thinks you are scum, so stop contributing to it by working your shitty, mundane, slave-like jobs. Go on strike until the world gives some recognition to our plight.

This will be a first, incremental step towards the full on Incel Revolution against women and feminism.

Another user quickly responded to say that the “majority of incels are most likely high inhibition so this would never happen.” Rodger chided that user, asking “Why are you so pessimistic?”

Rodger, who wrote in April 2013 on PuaHate that “Revenge is something to live for,” was apparently committed to bringing about this revolution.

At least one other PuaHate user regards Rodger as a hero for his commitment. In a post from 2:48 AM today entitled, “A hero on Puahate; and conclusions thereof,” the user offered this summation: