On the night of July 3, 1998, two anti-racist skinheads — Lin Newborn, a black, charismatic body piercer, and his best friend, Daniel Shersty, a white, U.S. Air Force airman — were lured into the desert outside of Las Vegas by a woman promising a night of partying under the stars.

Instead, the young men were ambushed and shot to death in the sand. It was a pivotal event and a deadly escalation in the long civil war pitting racist skinheads against their anti-racist counterparts. Until that night, most of their clashes at music venues, on street corners and in back alleys ended in broken bones and bloodied noses, not bullet-riddled bodies. 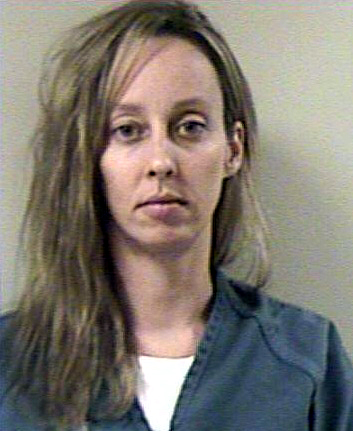 John “Polar Bear” Butler, the leader of a Las Vegas neo-Nazi skinhead gang, was the only one arrested, charged and convicted of the killings. Butler was sentenced to death, although the sentence was overturned and he is now serving two life terms. But Newborn and Shersty’s grieving families and their comrades in the anti-racist movement always contended that there were others involved who should also be charged, including the woman who they said set the trap.

In 2012, nearly 14 years after the killings, the woman, Melissa Hack, her brother Ross Hack, and their friend Leland Jones, were arrested and charged in federal court with the murders of Newborn and Shersty.

The three proclaimed their innocence, but on Friday, according to the Las Vegas Sun, Hack, who was Butler’s girlfriend at the time, pleaded guilty in federal court to her role in the killings. Hack also agreed, the paper reported, to cooperate in the case against her brother and Jones, who are scheduled to go on trial in Las Vegas Aug. 18.

The Sun said that in the plea agreement Hack paints her brother as “the mastermind” behind the killing.

Hack told authorities that she, her brother, Butler, Jones, Daniel Hartung and Mandie Abels were members of various skinhead crews. She said her brother told her and Abels to meet Newborn at the Las Vegas body piercing shop where he worked and invite him to the desert, according to the Sun.

Shersty was with Newborn when the women walked in the shop and he went along on the date. But Newborn was the main target, the paper reported.

Newborn stood out. Everyone called him “Spit” and at 24 he was slightly older than most of the other skinheads on the Vegas scene. Shersty was 20.

Newborn was the father of an infant son; sometimes sang in a local band, Life of Lies, and helped found the Las Vegas chapter of Anti-Racist Action.

He was also suspected, the paper said, of sleeping with Hartung’s girlfriend.

And he was black.

When Newborn and Shersty arrived in the desert with Hack and Abels, Ross Hack, Butler and Jones were waiting. Introductions were made and then Melissa Hack told authorities she saw her brother and Jones shoot Shersty.

Newborn tried to escape across the sand. Butler, armed with a shotgun, gave chase.

When he returned to the group, according to the paper, he told his girlfriend, “We just shot the guy, let’s go.”

At Butler’s murder trial in state court in 2000, Butler’s defense team tried to pin the killing on Hartung and Ross Hack. But Hartung, the Sun said, has never been charged, adding that Abels secretly pleaded guilty in federal court in 2012 to one count of conspiracy to murder.

Melissa Hack’s sentencing is scheduled for Sept. 8 and she could receive a term of 20 years in prison for her part in the killing of the two anti-racists, whose bodies were found in the desert about 150 yards apart.

Shersty was from Florida. He played the trumpet and acted in plays in high school. He serviced F-16s at the nearby Nellis Air Force Base. His body was discovered around 8 AM on July 4. Because of the rough terrain, Newborn’s body wasn’t found until two days later.

Hundreds of people turned out for Newborn’s funeral in Las Vegas. Playing in the background was a recording of Newborn’s favorite band – the Specials, an interracial Ska band from England, where the skinhead movement was born in black and white.