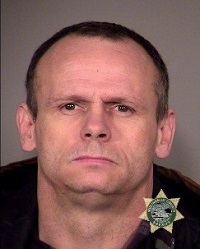 “Operation White Christmas,” as the year-old investigation is code-named, so far has resulted in the arrests of 54 individuals, mostly in the Portland area, leading to 11 criminal cases in state court and another 43 in federal court.

As for its scope, the investigation based in Portland and Multnomah County rivals the prosecutions of members of another violent gang, the Aryan Brotherhood of Texas. 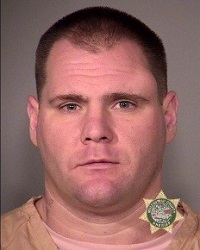 Others arrested, investigators say, are associates of the Gypsy Jokers outlaw motorcycle gang whose members were believed to be involved in firearms and drug trafficking with the white supremacist gangs.

“The scope of this case is by far the largest ever undertaken by this agency in recent memory, based on the number of suspects investigated, the number of persons arrested and the amount of guns recovered,” Lt. Ned Walls, the investigations division supervisor for the Multnomah County Sheriff’s Office, told Hatewatch.

What initially began as an investigation of drug and firearms trafficking by white supremacist gangs blossomed into a broader probe of robberies, home invasions, burglaries, kidnapping, assaults, shootings and witness intimidation, Walls said. Some of the crimes involved gang-on-gang violence.

“The Multnomah County Sheriff’s Office would have had an impossibly hard time trying to conduct this investigation on our own,” Walls said. The department, he said, got “outstanding collaborative” support and involvement from the federal Bureau of Alcohol Tobacco, Firearms & Explosives, the Clackamas and Washington County Sheriff’s Offices in Oregon, the Portland Police Bureau, the Gresham, Ore., Police Department, Klickitat County, Wash., Sheriff’s Office, the U.S. Attorney’s Office in Oregon and the Multnomah County District Attorney’s Office. 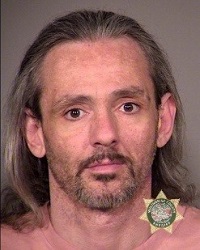 Federal prosecutors are forbidden by Justice Department regulations from discussing the details of ongoing investigations and prosecutions. But the U.S. Attorney for Oregon Amanda Marshall said the case is significant.

“My office is committed to identifying and holding accountable individuals involved in gang violence regardless of the color of their skin,” Marshall said in a statement provided to Hatewatch.

Federal gang prosecutors “work closely with local law enforcement and federal agencies to combat this problem, and we applaud the great work these agencies are doing in our community,” Marshall said.

The case was put together with informants, undercover drug and firearm purchases, two dozen search warrants, a federal grand jury and investigators from at least seven state and federal law enforcement agencies. 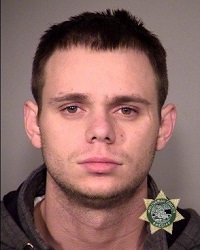 Expensive string instruments and high-end bicycles are among stolen items recovered, along with 50 grams of heroin, 4,185 grams of methamphetamine, 89 firearms, explosives and $78,000 in currency. Officers also recovered a collection of neo-Nazi paraphernalia at various locations where search warrants were executed.

“We believe this serves a major blow to white supremacy-gang leadership in Multnomah County,” lead detective Joshua Zwick told Hatewatch. He said the investigation isn’t over and more arrests are expected.

“This investigation struck a blow to the predatory behavior of these groups,” Zwick said. “They have been put on notice that their criminal behavior will not be tolerated in our community.”

The detective said many of the suspects were involved in home-invasions (which they called “licks”) and the often-violent robberies of drugs and money from drug dealers who weren’t reporting the crimes for obvious reasons. 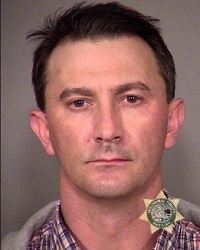 Among the white supremacist gang kingpins arrested were:

The investigation included the suicide of a 35-year-old former neo-Nazi skinhead, Justin Lawrence Dodson, who killed himself when county and federal officers went to his home to arrest him last summer on charges of trafficking in methamphetamine and firearms. 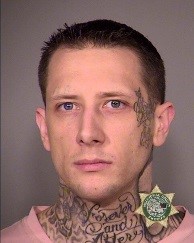 Dodson, 35, of Portland, who died from a gunshot wound to the head, was arrested by Portland police in 1994 on suspicion of attempted murder, unlawful use of a weapon and assault, the Oregonian reported.

Another tentacle of the investigation involved the murder last year of a woman in Gresham, Ore., by a Gypsy Jokers gang member, Zwick said.

Randy Blazak, a Portland State University professor of sociology who studies hate groups, said the community “has had a long history of dealing with the fringes of the white supremacist world.”

“The most consistent presence has been that of drug-dealing biker gangs that overlap with white prison gangs, like European Kindred and the Brood,” Blazak told Hatewatch.

Biker gangs, he said, serve “as a sort of a welcoming committee for some of these (white supremacist gang-affiliated) inmates upon their release, providing both living spaces and jobs – although not always legal ones.” 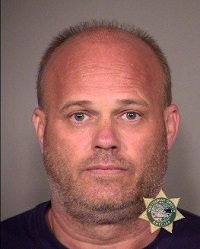 “With a social system that still makes it legal to discriminate against ‘ex-cons’ in housing and employment, the offer of continued gang involvement makes sense to those with few options,” Blazak said.

The racism associated with these white supremacist gangs “is rooted more in convenience than any complex ideology,” the Portland State professor said.

“The image gives them position on the street, as it does in prison, to compete with minority gangs,” he said. “However, such gangs have been associated with hate crimes, but it may be that such crimes are less about mounting a ‘racial holy war’ and more about intimidating potential rivals.”