A self-described “sovereign citizen” camping out in the woods of northern California was arrested following an armed confrontation with two law enforcement officers this weekend. All three men were wounded in the ensuing shootout.

The shootout began, according to news reports, when a federal Bureau of Land Management ranger contacted the California Highway Patrol (CHP) and asked for backup at a wooded campground near Nevada City, a few miles west of Lake Tahoe and the Nevada border, as part of an investigation involving vehicles at the site. As the two officers headed into the brush and began approaching a remote makeshift campsite, they were confronted by 60-year-old Brent Douglas Cole. 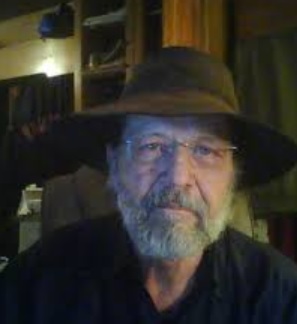 Gunfire was exchanged, and Cole was hit by several rounds. The BLM ranger was wounded by a gunshot to his right shoulder, and the CHP officer suffered minor injuries. The two officers were treated and released at local hospitals; Cole remains in custody at Sutter Roseville Medical Center in Roseville, where he is listed in stable condition in the intensive care unit.

Cole, according to The Union in Nevada City, has had numerous run-ins with law enforcement, including several other weapons-related incidents. The most recent of these occurred on Jan. 26, when he was arrested by Nevada County sheriff’s deputies and charged with carrying a concealed weapon.

Cole also has a history of indulging in far-right conspiracies on the Internet. At one site, he described himself as a “sovereign American Citizen attempting to thwart the obvious conspiracy and subterfuges of powers inimical to the United States.”

On his Facebook page, he has posted a number of conspiracy-related stories, including pieces describing the so-called “Bilderburger conspiracy” to control the world and various “Federal Reserve” conspiracy pieces. Likewise, his Twitter account is full of posts with a similar conspiracist bent.

After his January arrest, Cole flooded the Nevada County Court clerk with a blizzard of nonsensical, pseudo-legal filings – a typical tactic of so-called “sovereign citizens.” In one of these, Cole spelled his name in lowercase letters and called himself “a natural born, flesh and blood, living man.”

Another of these documents claimed that his right to own weapons is guaranteed under the Second Amendment and that those rights nullify California gun laws.

“Officers acted without warrant or any probable cause to seize my person using a swat team style assault, and then started looking for something to charge me with,” he complained. “I was attacked and molested, unconstitutionally arrested, unlawfully incarcerated, repeatedly intimidated and coerced to plead guilty to having committed a crime, held in secret for five days, and my property and liberty taken from me since January 26, 2014. I am being persecuted for being a gun owner, and for exercising my inherent Right by unwitting or unknowing accomplices of a seditious conspiracy against rights instituted by foreign powers inimical to the United States of America.”

As soon as he recovers from his injuries, Cole will likely get to work on a new batch of “sovereign” legal filings.