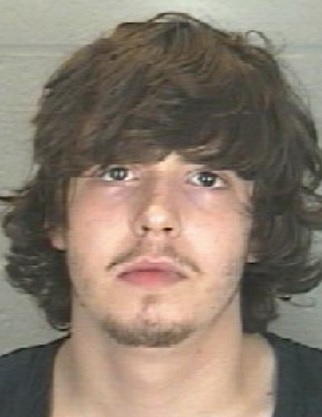 In federal court documents unsealed today, an FBI agent said Samuel L. Bradbury, 22, of Pine Village, Ind., made written threats on social media to assassinate local police and judges and conduct bombings and suicide attacks. Bradbury also claimed an affiliation with Las Vegas killers Jerad and Amanda Miller, whom he claimed were part of a group he leads called the “765 Anarchists.”

Bradbury now faces federal charges of extortion and making threats via “interstate communications” and willfully threatening to use explosive materials.

The court documents reveal that authorities found bomb-making components, including chemicals needed to make thermite, along with two “unidentified devices” at a residence in Pine Village, Ind., where Bradbury lived.

The documents also contain the status update that Bradbury is alleged to have posted on Facebook on June 19, which resulted in a federal extortion and threats charge.

I can't keep silent on this conspiracy anymore. I have to reveal some truth. My buddy and comrade Ant has been catching some flack [sic] for some of his posts about killing cops.

I have to let out the truth. Jerad and Amanda Miller were losers. They were part of our group, the 765 Anarchists, the town's cop killing group run by none other than myself, Sam Bradbury.

Bradbury went on to allege that Jerad and Amanda Miller were confidential informants (CIs) for a law enforcement agency. However, his claims about the Millers are being investigated and have not been substantiated at this time.

“When we discovered that Jerad and Amanda were CIs and in with the boys in blue, we sent them out to the Bundy Ranch to cause controversy elsewhere because we didn't need them snitching on our business,” he wrote.

He went on to say he hadn’t heard from the Millers since the Bundy standoff, “but some of our comrades gave the command and that's why Jerad and Amanda Miller killed those cops in Las Vegas.”

“I thought Jerad was cool, but f--- him, he was a CI. Great job I must say, but not what we wanted. We, the 765 Anarchists, including myself and Ant are part of a much larger plot that we've been forming for years to kill cops in the local area.”

The name “765 anarchists” is an apparent reference to a telephone area code in Indiana. Area code 765 is a North American Numbering Plan area code for most of central Indiana. It currently serves a horseshoe-shaped region of 20 counties surrounding the Indianapolis area, which is served by area code 317.

“Jerad and Amanda were just following 765 Anarchist group orders, but they had fallen out of favor with the group after we discovered they were working with police as confidential informants,” he wrote. “While we are glad that they killed some police, the 765 Anarchists are looking to make waves in the 765 area, specifically Lafayette.”

Bradbury, according to the court documents, boasted that the antigovernment cell had “field agents out currently gathering information and planning the attack”:

We have gathered enough thermite and explosives that we intend to not only kill those two pigs and any others that get in our way, but also to cause extreme damage to the county's various offices' equipment, including police cars and police buildings.

Before the month is over, we intend to incinerate and destroy no less than 6 police cars, as well as the Tippecanoe County Courthouse, with hits specifically targeted on Judge Les Meade and Judge Loretta Rush also.

The courthouse will be blown to pieces within the month, we have agents operating all over the city, and some all over the country.

A co-conspirator Bradbury referred to as “Ant” is “nothing more than a fall boy, although we do have plans to use him in a suicide strike on the police or a suicide bombing on a local police building before we are through,” he wrote. “Our arsenal is massive, and our group has well over 50 supremely dedicated members who are willing to die.”

I can't let this story go on falsely anymore, Jerad and Amanda Miller didn't do shit, they were outcasts of the group, but they brought us the attention we needed. I, Sam Bradbury, am responsible for the organization of the group and the acquisition of the chemical weapons, incendiaries, explosives, munitions, and general arms.

We will not stop this plan. We will cause chaos and terror. We will destroy the Tippecanoe County Courthouse in a blaze of glory and we will take out Tippecanoe County Sheriff Tracy Brown, no matter what the cost, even if we lose all of our members in the process, we will not go down without a fight and causing serious damage.

So watch out, the cop killers are out. The 765 Anarchists are going to purge the vile pig scum from this land and restore constitutional rights to the people. Call us crazy, call us killers, call us heroes and patriots. We're okay with all of it. Remember - KILL COPS, STICK PIGS, AND WATCH OUT FOR THE 765 ANARCHISTS, INCLUDING SAM BRADBURY AND ANT!