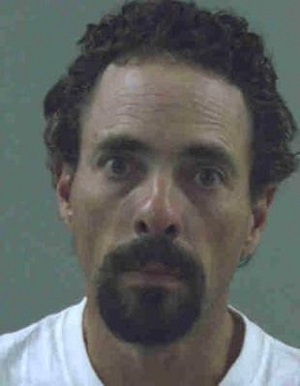 Additional federal charges may be filed, authorities say, against a man under arrest for allegedly building a grenade-like bomb and discussing plans to kill police officers and blow up the police department in Tremonton, Utah, to start an antigovernment revolution.

John David Huggins,  47, was scheduled to appear today at a detention hearing in U.S. District Court in Salt Lake City following his arrest last Thursday by FBI agents. He is charged with possession of an unregistered explosive device – a crime that carries a maximum penalty of 10 years in prison and a $10,000 fine.

The current case is not Huggins’ first brush with extremism. Files obtained by the Southern Poverty Law Center reveal that Huggins bought material in 1992 from the National Alliance, once the largest neo-Nazi organization in the United States. The group, which once had a reported 1,400 members, is now struggling to survive.

The FBI declined comment on the arrest of Huggins, deferring queries to the U.S. Attorney’s Office in Salt Lake. There, spokeswoman Melodie Rydalch said the investigation “is ongoing and additional charges could be considered when the case is presented to a grand jury.”

A federal criminal complaint, which likely will be superseded by an indictment containing additional charges, says the Tremonton Police Department received a tip on Feb. 24 that Huggins had “indicated that he was going to blow up his Bible group and that he had bombs buried in Ogden, Utah.”

An investigation dismissed the threat against the Bible group as unfounded, but determined that Huggins “wanted to blow up the Tremonton Police Department,” the complaint says.

“Huggins stated that he thought that this action would cause the community to rise up against the government,” the complaint says.

In the past, the charging document continues, Huggins “had manufactured explosive devices that had to be detonated by the Cache County Bomb Squad.”

He was charged in 2007 and sent to prison after being convicted for aggravated assault, illegal discharge of a firearm, possession of a controlled substance and recklessness with an incendiary device, state court records show.

The FBI was brought into the latest investigation of Huggins because the alleged crimes involved threats against law enforcement.

During the course of the FBI investigation, the complaint says a confidential informant purchased a computer thumb drive from Huggins containing “instructions on how to manufacture drugs, explosives, booby traps, and other documents. This data also included videos of explosions.”

The informant subsequently introduced an undercover FBI agent to Huggins, and in meetings Huggins “discussed the manufacturing of bombs” and showed a video of him “blowing up a vehicle,” the complaint says.

Last week, the informant told Tremonton police that Huggins “had been manufacturing shrapnel to put inside explosives” and “had manufactured an explosive device.”

The informant and the undercover agent set up a meeting last Thursday with Huggins where he agreed to produce an explosive device and sold the agent a “detailed notebook containing schematics, instructions and lists of items [and] chemicals necessary to manufacture more bombs, as well as flash-drives containing digital books on various subjects [including] manufacturing explosives.”

Huggins was arrested at that point. A subsequent search of his residence turned up an improvised explosive device and other explosive materials.