This is a story about race and the city. It is set in Chicago, but it could take place anywhere ignorance and prejudice stubbornly cling.

On Monday, according to the Chicago Sun-Times, a 55-year-old white man, standing 6 feet tall and weighing 240 pounds, allegedly spit on and slapped a slightly built, elderly black woman, apparently for smoking a cigarette too close to him outside on a street in downtown Chicago.

The man, David Nicosia, undoubtedly did not realize – or even imagine – that the silver haired, 79-year-old black woman he mockingly called “Rosa Parks” when he violently confronted her was a civil rights pioneer and local icon in her own right. 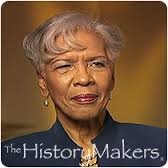 Her name is Arnette Hubbard — or, as the bailiffs and lawyers who enter her courtroom call her, Judge Hubbard. She was first appointed to the Cook County circuit court bench in 1997, after a long career as a lawyer and advocate for civil rights and women’s issues.

“She’s more than an icon, she’s historic,” lawyer Geraldine Simmons told the Sun-Times. “She has been an inspiration to young attorneys for years.”

The judge was outside a downtown courthouse and office complex on Monday, having a smoke when she walked past Nicosia, the owner of an IT company, who reportedly holds a master’s degree from Northwestern University.

As Hubbard passed, Nicosia apparently got angry that she was smoking near him, according to the Chicago Tribune.

They argued. Nicosia stepped closer and hissed, “Rosa Parks, move,” the Tribune reported. Then he spit in her face and walked away.

Hubbard, an Arkansas native, has been battling bullies, racists and sexists for most of her life. Her first job after graduating from law school in Chicago in 1969 was as a staff attorney for the Lawyers Committee for Civil Rights Under the Law, according to The History Makers, a video and online archive of African-American achievers and achievements.

So instead of being intimidated by the burly man who had just spit in her face, Hubbard chased after him, calling out for assistance.

With the judge on his heels, Nicosia allegedly stopped, whirled around and slapped her across the left side of her face with an open hand. He was arrested moments later by sheriff’s deputies and charged with four counts of aggravated battery.

He was also charged with a hate crime and bail was set at $90,000 by Judge James Brown, who said, according to the Sun-Times, that Nicosia poses a “threat and is a danger to the community.”

“He slapped her for no reason,” Brown added.

After being appointed to the bench in 1997, Hubbard was re-elected to a six-year term the next year and retained since in two more elections, most recently in 2010, according to the Tribune. In 1981, she was elected the first woman president of the National Bar Association, a black lawyers group.

She has also served on the Chicago Board of Election Commissioners and was an observer to the 1994 elections in South Africa in which Nelson Mandela won the presidency. The following year, according to The History Makers, President Bill Clinton appointed her to the U.S. Presidential Observer Delegation for parliamentary and local elections in Haiti.

“People of good common sense and decency, people of good hearts should be outraged,” by what happened to Hubbard in Chicago on Monday, Delores Robinson, past president of the Cook County Bar Association, told the Tribune. “Not just because of who she is but that this happened to anybody.”