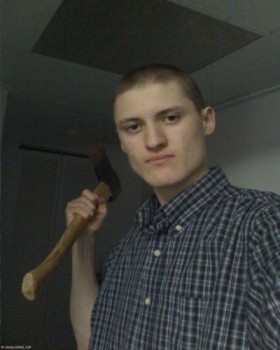 A decade after the Department of Justice successfully brought a major racketeering case against two white supremacist gangs in Utah, another hate crime – gunshots fired at a Salt Lake City synagogue – indicates the groups are still active.

Soldiers of the Aryan Culture (SAC) and Silent Aryan Warriors (SAW) were first publicly identified in 1999 and 2000 when their members were involved in attempted murders and other acts of violence, extortion and conspiracy to distribute narcotics in Utah, according to court records. “They still are operating in our state’s prisons and on the streets,” a Justice Department official said today.

In the most recent case, Macon Michael Openshaw, who has affiliations with both gangs, was sentenced to five years in prison on Tuesday for firing a gun at a Salt Lake City synagogue in 2012 – a federal hate crime.

The 22-year-old Salt Lake City man pleaded guilty in April to using an illegally modified .22 handgun to fire three rounds at the Congregation Kol Ami synagogue. Openshaw confessed that he fired at the Jewish place of worship “because of its religious character.”

Committing such hate crimes can be a way of earning membership or membership-nomination in a gang, but Openshaw’s motivation isn’t detailed in court documents. He also admitted to illegally possessing several firearms, including a sawed-off assault rifle, and ammunition while he was subject to a protective order.

His court-appointed attorney, Assistant Federal Defender Kristen R. Angelos, did not return a call for comment.

The synagogue – the largest in Salt Lake City – was unoccupied at the time of the shooting, but the bullets from Openshaw’s firearm broke windows and damaged window frames, authorities say.

U.S. District Court Judge Tena Campbell ordered Openshaw to make restitution in the amount of $1,969 to the synagogue and complete three years of court-monitored supervision upon his release from prison.

While on supervised release, Openshaw was to have “no association with known members of SAC/SAW, any anti-Semitic, white supremacist organizations or hate groups, except for his brother Zane Openshaw,” court documents say. Zane Todd Openshaw, 24,of Farmington, Utah, was sentenced to five years in prison in June 2013 for shooting at a police car, missing the officer inside the vehicle.

The synagogue’s rabbi, Ilana Schwartzman, and Jean Budinger, the interim synagogue director, both attended the sentencing hearing, but did not address the court as they could have done as victim-witnesses. They both declined comment when contacted today by Hatewatch.

The Anti-Defamation League, in a blog post last December, said Openshaw had made comments on the neo-Nazi web site Stormfront, claiming allegiance to the now-defunct Vinland Folk Patriots, which stated its mission as awakening the white race to pending “racial extinction.”

“The department stands ready to combat violence based on a person’s religion, and will continue to prosecute these hate crimes vigorously,” Samuel said.

Carlie Christensen, the acting U.S. Attorney for the District of Utah, said that the office “has a strong history of prosecuting those who violate the civil rights of others in our communities.”

“Every person living in Utah has the right to be free from intimidating and threatening conduct,” Christensen said.

Openshaw was indicted last September on federal charges of possessing a firearm with a removed or obliterated serial number and possession of a firearm while he was subject to a protective order. The following month, a grand jury returned a superseding indictment, adding two additional charges – damage to religious property and using a firearm in relation to a crime of violence.

In 2003, a 25-page federal racketeering indictment was returned against a dozen members of SAC and SAW, outlining a list of crimes, including six attempted murders and methamphetamine trafficking.

The indictment said the white supremacy gangs operated both in and outside Utah’s prison system to promote a “white supremacist ideology.”

Tracy Swena, identified by authorities as the leader of the gangs, was sentenced to 20 years in prison in August 2005 and is now being held at “Super Max,” the U.S. Penitentiary in Florence, Colo. He scheduled release date is May 2021.