A new report from the federal government predicts that a Nevada rancher’s standoff with federal agents earlier this year will likely embolden and inspire antigovernment violence in the coming months — a finding that echoes several preceding reports. 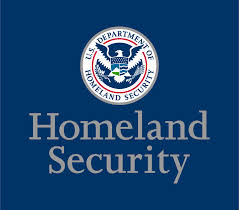 The Department of Homeland Security (DHS) report, titled “Domestic Violent Extremists Pose Increased Threat to Law Enforcement and Government Officials,” concludes that after years of sporadic violence from domestic extremists motivated by antigovernment ideologies, there has been “a spike within the past year in violence committed by militia extremists and lone offenders who hold violent anti-government beliefs.

“These groups and individuals recognize government authority but facilitate or engage in acts of violence due to their perception that the United States Government is tyrannical and oppressive, coupled to their belief that the government needs to be violently resisted or overthrown,” the report says. It adds that such historical spikes in extremist violence have followed high-profile confrontations, including those at Ruby Ridge and Waco, involving the federal agents.

The concerns that have radicalized the right, the federal report found, focus almost entirely on fears generated by the federal treatment of political issues such as “gun control, land-use, property, and other activities as interfering with their individual rights and as oppressive measures that warrant violent reprisal against US government entities and law enforcement, according to a body of open source reporting.”

The Homeland Security report echoes findings from a New York State Counter Terrorism Bulletin issued in June and a detailed report issued the following month by the Southern Poverty Law Center (SPLC). The SPLC report, called “War in the West: The Bundy Ranch Standoff and the American Radical Right,” found that “the standoff between federal agents and armed supporters of a Nevada rancher earlier this year was a highly coordinated effort by far-right militiamen that has since energized volatile extremists who are increasingly targeting law enforcement officers.”

The spike in antigovernment extremists also has attracted the attention of the U.S. Department of Justice. In June, U.S. Attorney General Eric Holder announced he was reconstituting the Domestic Terrorism Executive Committee to address the “continued danger” posed by extremists motivated by a variety of causes “from anti-government animus to racial prejudice.”

Elsewhere in the federal report, DHS made specific note of the threat posted by antigovernment “sovereign citizens,” but cautioned that the topic has caused a degree of confusion in some law enforcement circles.