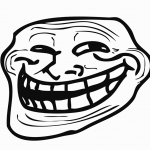 A self-described “militia” that supposedly was organizing to monitor polling places in Wisconsin to prevent felonious Democrats and African Americans from voting has turned out to be an apparent hoax.

The owner of the Facebook page that announced the “Wisconsin Poll Watcher Militia” recently changed the name of the page to “You’ve Been Trolled By Journalists With Zero Credibility” and has filled the page with posts describing how he created the page as a way to “troll liberals.”

The appearance of the Facebook page last week prompted a report at PoliticsUSA describing their efforts to organize Wisconsin conservatives to monitor the political activities of supposed felons. That in turn prompted news stories in the Madison Capital Times and elsewhere describing the “militia” and its activities, which included a supposed training session last Saturday.

Early this week, however, the page—originally a “Justice for Wisconsin” Facebook site—changed its content to make clear there was no militia, though it still claimed to be organizing poll-watching activities directed at Democrats.

Several posts made it clear that the “militia” was “fictional” and, indeed, just a one-person operation intended to spark liberal ire:

How to create a militia: start a facebook page

How to piss off a bunch of pathetic liberals: specifically name the page something to do with a militia and prey on them like the stooges they are.

You clowns are a joke and your "media" is a joke. Fact check? Why bother? Report fiction as news! Bloggers and idiotic fake journalists have ZERO CREDIBILITY these days.

To those people who do not realize they are easily manipulated, I hope this is a wake up call. You're f'n morons!!!!

Earlier posts on the page described the “Wisconinsin Poll Watcher Militia” as “a group of individuals who are concerned about the amount of outstanding warrants and are going to take any opportunity available to get some of these people rounded up and thrown into jail.”

As the week went along, the person running the page announced that the group was changing its name to “the Wisconsin Association of Polling Place Monitors.” It described tactics for harassing people suspected of voting with felony convictions. “Do not hesitate to drop instigators like a sack of potatoes,” it advised.

And the page claimed that the organizers indeed had held a training session on Saturday: “We held the meeting at a member's house and it was done through private invites only. You silly fools who thought we would go to a public restaurant so you weasels could harass us into punching your faces in.... didn't happen!”