The Traditionalist Youth Network (TYN), a white nationalist group that works to promote “white identity,” filed another amicus brief two weeks ago. This time, they’ve filed in a Maryland lawsuit in which several gun advocates and a sporting goods store are battling a 2013 state law that bans the possession or sale of assault weapons. The case is currently on appeal.

Matt Parrott of TYN wrote that the “brilliant and dedicated legal team” of the organization filed the brief in the Fourth Circuit court to support the Second Amendment because, without that, we’re all apparently lost as a result of “this government’s ongoing campaign to reduce us to disarmed, brainwashed, and godless homo economicus drones.”

This isn’t the first time the Traditionalist Youth Network has filed an amicus brief in a lawsuit. Earlier this year, the group filed one in a federal case in Michigan that dealt with marriage equality. In that brief, TYN wanted to defend the “sanctity of marriage” from “culture distorters.”

In the four-page Maryland brief, TYN claims it has “become one of the fiercest defenders of traditional values in the United States of America” and that it is “an extremely active pro-European socio-political identity movement that was founded and is controlled by well-informed young activists.” The group strongly opposes, the brief says, “any attempt by governmental actors to infringe upon the traditional right of our people to keep and bear arms.” 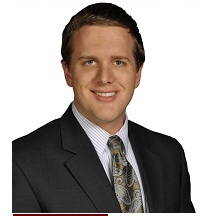 Toward the conclusion, the brief veers off into a rant about “Culture Distorters” who are “stretching the Constitution to invent rights that don’t exist,” like the right to have an abortion, to engage in sodomy, or view pornography.  Therefore, TYN is submitting this brief because “shots are being fired in America’s Culture War and the organization has the enemy of freedom—the Culture Distorter—in its sights and wishes to shoot down unconstitutional legislation that disarms our people.”

The brief lists attorneys Kyle Bristow as lead counsel and Jason Van Dyke as co-counsel. Bristow was the attorney who filed the first TYN amicus brief in March. He has a law practice in Michigan, and rose to notoriety as a student at Michigan State University, where he led a chapter of Young Americans for Freedom. While in that role, Bristow invited prominent white nationalists to speak at the campus, and spearheaded anti-immigrant and anti-LGBT campaigns that were so virulent that the SPLC took the unusual step of naming the chapter a hate group. While in law school, Bristow published his novel White Apocalypse, which plays out white supremacist revenge fantasies against Jewish professors, Latino and American Indian activists and staffers of a group modeled on the SPLC.

Van Dyke is a neo-Confederate lawyer and long-time associate of Bristow, whose website bills his firm as “the meanest lawyers in Texas” (Van Dyke is the only attorney listed at the firm). He once attended Michigan State but transferred to the University of Dallas. While still at Michigan State in 2000, he was charged with domestic assault, possession of a banned weapon, and firearm safety violations. The case was dismissed and in 2007, Van Dyke attempted to have the records sealed, but a judge ruled otherwise in 2008.

On October 6, attorneys for the appellants in the Maryland lawsuit filed a response and motion to TYN’s brief, requesting that it be opposed and that the court deny TYN’s motion. “TYN,” the response argues, “appears to be using its brief to advocate positions that are far beyond the scope of this appeal,” and “TYN’s proposed brief adds nothing relevant for the Court’s consideration.”