Despite claiming its success this election cycle came from expunging extremists from its ranks, the GOP managed to let a fair number of candidates with extremist views rooted in conspiracy theories and far-right fears slip through the cracks.

“Little was left to chance,” The New York Times reported earlier this week. “Republican operatives sent fake campaign trackers — interns and staff members brandishing video cameras to record every utterance and move — to trail their own candidates. In media training sessions, candidates were forced to sit through a reel of the most self-destructive moments.”

But when all the ballots were counted, not even that was enough to stop the GOP from embracing candidates with fringe views, extremist connections and embarrassing backgrounds.

Consider Michael Peroutka, the onetime Constitutional Party presidential candidate and a former board member of the neo-Confederate League of the South (LOS). Peroutka, running as a Republican, was elected to the Ann Arundel County Council in Maryland, garnering 15,531 votes against Democratic candidate Patrick Armstrong’s 13,638. 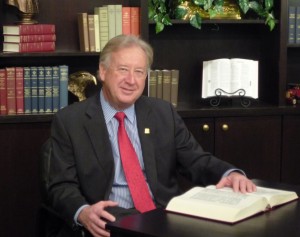 Peroutka is an avid Southern secessionist and radical Christian Reconstructionist, as he made clear during his presidential campaign for the Constitution Party in 2004. He has long been an active figure in the LOS, serving on its board until recently. However, as the Capital Gazette in Annapolis noted, Peroutka campaigned almost entirely on local issues, emphasizing his desire to repeal the county’s storm water fees, dubbed by local critics as “the rain tax.”

Peroutka eventually renounced his LOS membership, telling reporters he had discovered that the organization held racist views “contrary to my beliefs.” In spite of that mea culpa, Peroutka has continued to share his extremist views in far-right media outlets. In one media appearance, Peroutka warned that the “gay deathstyle” was intent on recruiting the nation’s children. In another interview, he made clear that his extremist politics will color how he conducts county policy, proclaiming nondiscrimination laws a plot to replace God with government “idolatry.”

While it might be easy to say that Peroutka is alone on the Republic roster with his extremist ideology, there were many other candidates elected Tuesday with similar baggage.