The Christian Seniors Association, a project of the anti-LGBT hate group Traditional Values Coalition, is at it again.

In a recent fundraising letter, the CSA warns about “death panels” and insists that the Affordable Care Act is the “single greatest threat to America’s seniors” (and, by extension, America). To make the case, the CSA drags out a quotation by Vladimir Lenin to further link the Affordable Care Act to the Soviet era. According to CSA, Lenin said, “Socialized medicine is the keystone to the arch of the socialist state.”

Never mind that Lenin probably never said that, and that the quote appears to have originated in 1949, when the American Medical Association (AMA) launched a campaign against President Truman’s proposal to create a national health insurance system.

In its latest letter, the CSA makes the case that the Affordable Care Act is how President Obama is going to “institutionalize ObamaCare so that we can never get rid of it.” He’s determined to do this, the CSA continues, “because nationalized health care is the link that connects his promise to ‘fundamentally transform’ America and his drive to turn America into a Socialist state.”

Similar claims equating the President’s health care plan to socialism have run rampant on the radical right. And this isn’t the first time the CSA has used fundraising letters that prey on unfounded fears.

In 2006, the CSA mailed letters with bogus “U.S. Taxpayer Census” forms as part of a packet that included a survey about Social Security and warnings about politicians raiding the program for personal gain. According to the San Francisco Chronicle, the mailing did not explicitly point out that money donated to CSA would go directly to TVC.

Right Wing Watch also pointed out that CSA/TVC mailed its “Taxpayer Census Forms” out again in 2008, which garnered concerns from some senior citizens who had received them. And in 2010, CSA sent out more packets, attempting to fundraise in order to lobby against President Obama and AARP for their “socialist agenda.”

But this current letter plays on historic memes, including the famous right-wing fabrication of “death panels” – the right wing worry that government-sponsored “panels” will determine which individuals are “worthy” of healthcare under the Affordable Care Act. The claim derives from a provision in the ACA in which Medicare would reimburse doctors who discuss end-of-life wishes with patients and ensure those preferences are followed. To right wing media, however, it was “evidence” that doctors would somehow talk their elderly patients into “euthanasia.”

The CSA also includes warnings about the president’s mythical “war on Christians” (especially in terms of forcing religious people to “submit” to marriage equality). According to the CSA, “The President has unleashed every government agency – including the military! – to hound and persecute Christians because we oppose his God-less vision for America.”

The letter of course includes no examples of this alleged hounding or persecution. 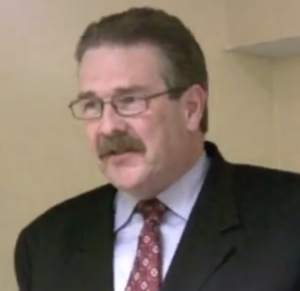 It’s no surprise, then, that Lafferty is also known on the anti-Muslim circuit. He headed up the “Virginia Anti-Sharia Task Force,” and sits on the board of the anti-Muslim hate group, American Freedom Defense Initiative, along with notorious anti-Muslim activist Pam Geller.

So how can you help the CSA in its war against Obama, socialism, LGBT people, death panels, and AARP? Send money. Lots. The CSA requests just over $5 million to “deliver a series of fatal blows to ObamaCare.”

But before you deliver those fatal blows, go over to the CSA website for your daily dose of irony, where you can sign up for the CSA Insurance Exchange/Marketplace. Billed as a private health insurance exchange, the CSA marketplace explains how the Affordable Care Act provides a public exchange funded by the federal government that ensures all Americans access to quality, affordable healthcare. If that’s not your bag, the page explains how private exchanges offer alternatives to people who don’t qualify for a government subsidy.

And then you can speak to a licensed agent. One wonders if that agent will bring up DEATH PANELS, socialism or the war on Christians. Somehow, we doubt it.