Update: The RNC voted yesterday to censure its member Dave Agema for posting material on social media that is insensitive to gays, Muslims and African Americans. Ironically, RNC Chairman Reince Priebus is working closing with a group, American Family Association, that could be described in the exact same way. 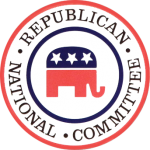 It’s only been a few weeks since we learned that majority whip Rep. Steve Scalise (R-La.) had spoken to a white supremacist group in 2002, and again the Republican Party has a scandal about race on its hands.

As the RNC gathers today in San Diego for its annual strategy meeting to draft plans for its future, particularly how it will improve its outreach to minorities, another prominent GOP lawmaker has been discovered to be a fan of white supremacist thinking.

Agema reportedly found it “very enlightening.” Can that possibly be true?

Agema has since pulled the piece down, but he refuses to apologize or resign from the RNC. And this isn’t his first racist rodeo.

According to the National Journal, Agema has a well-documented history of making inflammatory and false remarks, such as that President Obama is a Muslim. The Journalpoints to another Agema Facebook faux pas. He apparently shared what he called an “eye opening” essay that posed the question: “Have you ever seen a Muslim do anything that contributes positively to the American way of life?”

At least in this case, some in the RNC have reacted appropriately by calling for Agema to resign or be removed. They include RNC head Reince Priebus and Michigan’s entire GOP delegation. That’s all well and very good, but where’s the outrage from Priebus or other prominent Republicans over Louisiana Governor Bobby Jindal’s plan to hold a prayer rally with the American Family Association (AFA)? Emails to Priebus' and Jindal's offices asking for comment were not returned.

On Jan. 24, Jindal, with AFA backing, will be praying at Louisiana State University in an event billed as “The Revival.” His partner, AFA, has defamed immigrants, the LGBT community and women. And just like American Renaissance, it has had horrible things to say about black people.

Given a track record like that, I have to ask where’s the outrage from Jindal’s fellow Republicans? American Renaissance is clearly racist, but so are these statements about black people and Latinos. Shouldn’t they be condemned as well? And what about blaming gay people for the Holocaust?

So, if Agema is the big Republican elephant in the room stalking the GOP’s efforts to reach out to minorities, isn’t that true as well of any politician who is close to AFA?

Sadly the hypocrisy goes much deeper. As RNC Chair Priebus has berated Agema, rightly saying, “The tone and rhetoric from Agema is consistently offensive and has no place in politics or any rational conversation,” the chairman is also working closely with AFA.

At the end of this month, Priebus is leading an all expenses paid trip to Jerusalem for RNC members. So far, about 60 members (about 36 percent) of the RNC have accepted the offer, according to Haaretz.

And guess who is picking up the tab for this “incredible opportunity” Priebus is offering his fellow RNC members? You guessed right: the AFA.