A man described as a “doomsday-prepper” died last weekend after shooting at neighbors’ homes and setting his own house on fire during a fiery standoff with police in Buchanan, Mich.

A body recovered last weekend in a fire-ravished mobile home in Buchanan, Mich., was that of Theodore William Lanser, 24, who lived at that location, the Michigan State Police said yesterday. Positive identification was made through fingerprints on file with the FBI and the South Bend, Ind., Police Forensics Lab. Lanser died from a self-inflicted gunshot wound, an autopsy revealed, police Lt. Michael Dawson said. Additionally, the preliminary investigation showed accelerants were used to start the fire, Dawson said. 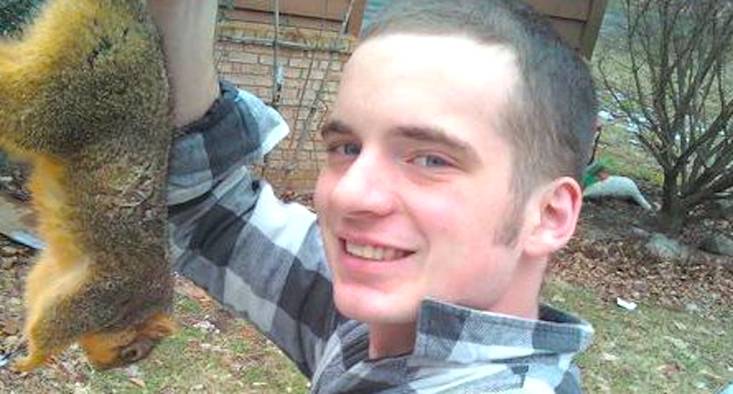 A man described as a “doomsday-prepper” died last weekend after shooting at neighbors’ homes and setting his own house on fire during a fiery standoff with police in Buchanan, Mich.

Pending autopsy results, authorities said they believe a charred body recovered from the ruins is that of Ted Lancer, who may have committed suicide during the siege. He had been involved in a domestic dispute earlier in the day with a female companion, who had left the home, various media outlets reported.

As many as 3,000 bullets exploded during the fiery siege, with slugs striking the homes of two neighbors. No one was injured, but neighbor Kalyn Dobrzykowski said he and one of his four children, a teenage daughter, were nearly killed when a bullet shattered a window and passed between their heads.

“If we would have been one inch more either way, one of us wouldn't be here today," Dobrzykowski told reporters from WSJV-TV based in nearby Elkhart, Ind.

Melissa Dobrzykowski, his wife, told South Bend, Ind., station ABC57-TV that the gunman had been “acting really weird,” accused her husband of being a cop and claimed he heard helicopters overhead. “The only thing I know about this guy is that he is a 'doomsday prepper,'” she said.

Police responded to the River Estates mobile home park about 10:30 p.m. Saturday when neighbors reported gunshots were being fired from inside a mobile home located on Lot 76. After some neighbors were evacuated, the mobile home erupted into flames with the ensuing fire igniting bullets, holding police and firefighters at bay.

It’s not clear if the gunman, who was firing at his neighbors’ homes, actually fired at officers who responded, Michigan State Police Lt. Michael Dawson told Hatewatch.

Neighbor Terry Walsh, a retired firefighter and fire inspector, told the South Bend Tribune, he heard as many as 3,000 rounds explode during the fire. Another neighbor, Lyle Wilson, told the newspaper he looked out his front door and saw the gunman firing a gun through his living room window at Wilson’s nearby mobile home.

“He was just shooting wild,” Wilson said. “We actually saw him firing at us, saw the bullets coming through a window. I had no doubt what I was seeing.”

Both Wilson and his son grabbed their own firearms and were ready to shoot the gunman if he came out of his mobile home, the newspaper reported.