A 28-year-old man who threatened to kill school children and Jews is in custody in Kalispell, Mont., after a weekend fusillade of tweets that were intercepted and monitored by the spokesman for the Brady Campaign to Prevent Gun Violence. 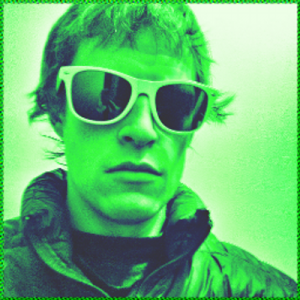 David Joseph Lenio was arrested by FBI agents and local police Monday afternoon at a ski resort, about 12 hours after his last tweet using variations of the name “psychic dog talks.”

Lenio, who apparently moved to Kalispell from Grand Rapids, Mich., is being held in the Flathead County Jail on two felony charges on intimidation and malicious intimidation for making online threats of violence. A search of his apartment in Kalispell turned up a handgun and two rifles – a bolt action and a semi-automatic.

In a YouTube video three years ago, the suspect, believed to have used the name “David Dave,” brandished a .32-caliber Caltech semi-automatic handgun and said that he used it for concealed carry.

FBI agents and local law enforcement agencies in Montana, Oregon and Michigan were able to track and ultimately locate the suspect because of the work of Jonathan Hutson, the chief spokesman for the Brady Campaign.

“Of all the people on Twitter with whom this white supremacist chose to tangle, he picked me,” Hutson told Hatewatch today. “I just happen to be a spokesman for the Brady Campaign Against Gun Violence and I have a background as an investigative journalist.”

Hutson has 53,000 followers on his Twitter account. Lenio, using the handle @PyschicDogTalk, responded after Hutson posted a Twitter message about double killings at a free-speech event and a synagogue on Saturday in Copenhagen, Denmark.

Since last Thursday, Hutson learned, the Holocaust-denying Lenio has tweeted comments saying he wants to execute 30 or more “grade school students” and “shoot up a school” and a synagogue, and put “two in the head” of a rabbi or Jewish leader. He also said he hoped to go on a killing rampage until “cops take me out.”

Hutson, who lives near Washington, D.C., became aware of the threatening tweets from “@PyschicDogTalk2” late Saturday evening. “After I alerted Twitter to @PyschicDogTalk2’s threat to murder grade school kids, he tweeted to me, asking where my kids go to school,” Hutson told Hatewatch. “That turned my blood cold and kept me going all night long to shut this guy down.” 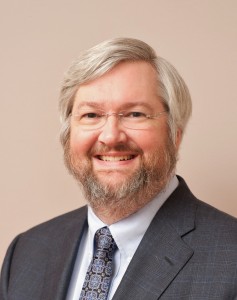 Early Sunday, after being awake and worried all night, Hutson said he decided to call the FBI in Portland and in Linn County, Ore., Sheriff’s Office after developing a profile that led him to belief “psychicdogtalk” might be in Oregon. Hutson sent the agencies E-mails containing the Twitter threats he had collected.

When Twitter shut down the second account, the user became @PsychicDogTalk3,” boasting about his ability to “level up,” as in a video game.

In one tweet, the poster complained of being homeless and working as a “wage slave.” His post said: “Even animals without money get land to live on, hunt & forage; but Americans without dollars must be homeless? I want to shoot up a school.”

Less than 45 minutes later, he followed that with: “USA needs a Hitler to rise to power and fix our #economy and i’m about ready to give my life to the cause or just shoot a bunch of #k----…”

And seconds later: “What do you think costs more in most U.S. cities? A gun with enough ammo to kill 100 school kids or the security deposit on an apartment?”

On Feb. 14, the poster opined that “no one faults slaves who snapped & violently lashed out at their masters or the society which enslaved them. Why different for wage slaves?”

“If I can’t even afford habitat to live on, why the f--- shouldn’t I shoot up a #school and #teach the world something about ‘mental health’?” he said in a follow-up tweet.

“This working and not having a god damn thing to show for it bullshit makes me wanna execute grade #school #kids til the cops take me out too.”

Asked if he believed his actions may have averted a tragedy, Hutson was modest in his reply. “I think if you see something, say something. The swift action of law enforcement definitely averted a Sandy Hook-style tragedy.”