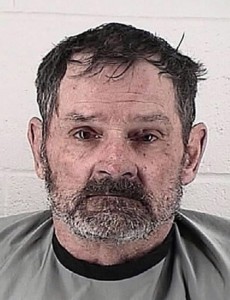 Then, according to The Kansas City Star, Miller asked the officers a chilling question. “How many f------- Jews did I kill?”

The bloody scene was recalled in a Kansas courtroom today by a veteran police officer, Sgt. Marty Ingram, as the first day of testimony began in an evidentiary hearing to determine whether Miller, a lifelong racist, should stand trial for the murderous shooting spree last April in Overland Park, Kan.

Miller, a former leader of a large Ku Klux Klan faction in North Carolina who has lived in Missouri for years, has been charged with capital murder in the killing of William Corporon, 69, and his grandson, Reat Underwood, 14, who were shot to death outside a Jewish community center. He has also been charged with murdering Terri LaManno, 53. She was killed in the parking lot while visiting her mother at a nearby Jewish retirement home.

None of the three killed that day were Jewish.

Miller, who is 74, also faces three counts of attempted first-degree murder for allegedly firing at three people who were not hit, according to the Star.

Ingram, a 37-year veteran of the Overland Park Police Department, testified that he was off-duty, providing security at the Jewish Community Center, crowded with teenagers that Sunday afternoon who were auditioning for a singing competition. Ingram told the court he was standing just inside the lobby when he heard the shots that shattered the glass entrance door.

The officer said someone told him the shooter or shooters were going to enter the building, so he prepared to stop them. But then a witness saw a bearded man, the apparent shooter, drive away in a white car.

Ingram and Thomas Bates, an employee at the center and a former U.S. Army paramedic who also testified today, rushed outside to see if anyone had been injured, the Starreported. In the parking lot, the men found Corporon lying dead on the ground next to his pickup truck.

He had been shot in the head.

Inside the truck, slumped in the passenger seat was Corporon’s grandson, Reat Underwood. He, too, had been shot in the head.

The men pulled the boy out of the truck, placed him on the pavement and began applying first aid. Then they heard what the Star described as “horrendous scream” from Mindy Corporon, Reat’s mother and Corporon’s daughter.

Igram testified that when he heard a short time later that the police had arrested a suspect, he took several witnesses over to the scene to see if they could identify the gunman. That’s when he said he overheard Miller shout “Heil Hitler” and ask about his body count.

With as many as 22 potential witnesses, the hearing could last up to three days. If convicted Miller could face the death penalty. But Miller is reportedly seriously ill, battling lung disease. As he told the court during a hearing in December, “I don’t fear the death penalty. I’m already dying.”