The newest up and comer in the heated competition to rule the hate web is The Daily Stormer, named for prominent Nazi Julius Streicher’s virulently anti-Semitic weekly newspaper The Stormer (Der Stürmer). With over-the-top headlines like “All Intelligent People in History Disliked Jews” and “Adolf Hitler: The Most Lied About Man of All Time,” the site has quickly built a substantial readership since its founding in July 2013.

And its success is generating envy among white supremacists, if the information and opinions about the site’s owner received by Hatewatch are any indication.

Daily Stormer is the brainchild of neo-Nazi hotshot Andrew Anglin, a 30-year-old who grew up in Ohio but has lived in Asia and Europe. Anglin is a self-professed National Socialist who told Hatewatch, “I believe strongly that European people have a right to a continued existence as an independent culture and ethnic group.” In an interview with Vocativ, Anglin explained why he needed to create the site: “The present situation is so unsettling that it’s necessary to have an extreme response.” 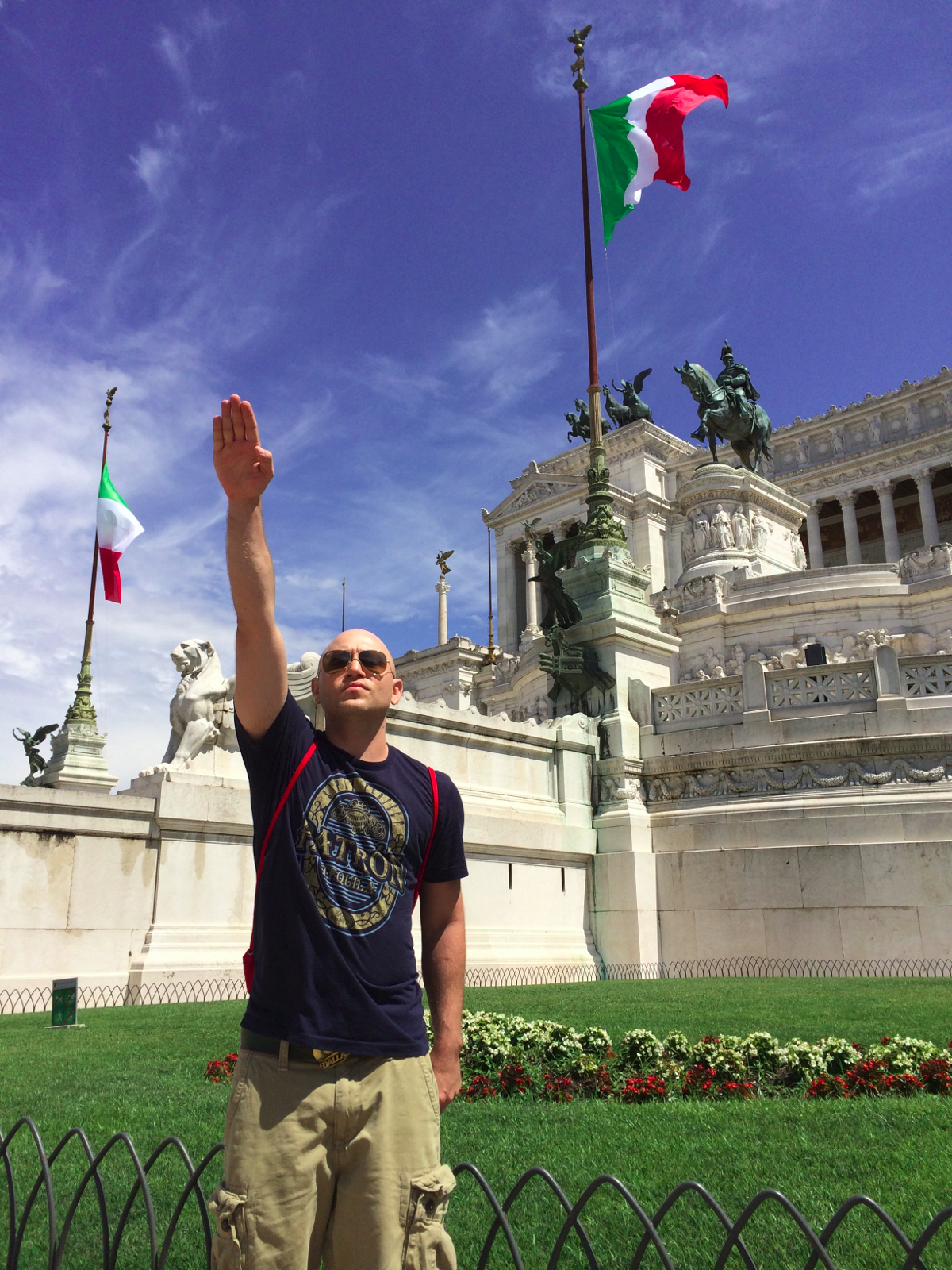 In 2012, Anglin launched the website Total Fascism. There, according to Vocativ, he wrote in depth pieces on Hitler’s art, the Greek neo-Nazi political party Golden Dawn and critiques of the radio host and conspiracist Alex Jones, whom Anglin despises for not hating Jews. Anglin decided the length of the articles were cutting back his audience, hence the zippier and more epithet-ridden Daily Stormer.

And it has worked. The Daily Stormer has in the last six months often topped the oldest and largest hate site on the web, Stormfront, in terms of reach and page views, based on Alexa data. Its readers spend more time on the site than they do on Stormfront and, on a slow day, more than 10,000 log on. Daily Stormer also reaches a younger and wealthier demographic.

Anglin has gotten a little help from his dad in this new enterprise. The original registrant of Daily Stormer was Greg Anglin, Andrew’s father. Andrew Anglin says he set up the site while doing web work for his father through his dad’s godaddy.com account. “He has never contributed to the site or had any connection to it,” Anglin told Hatewatch.

But his father has helped Andrew keep the site running. The address for donations to Daily Stormer is the same as the building that houses Greg Anglin’s Morning Star Counseling offices, a Christian-inspired counseling outfit in Worthington, Ohio (the organization claims to be a non-profit 501c3). The center advertises various counseling services to help people transcend “silly beliefs” and “destructive behavior.” 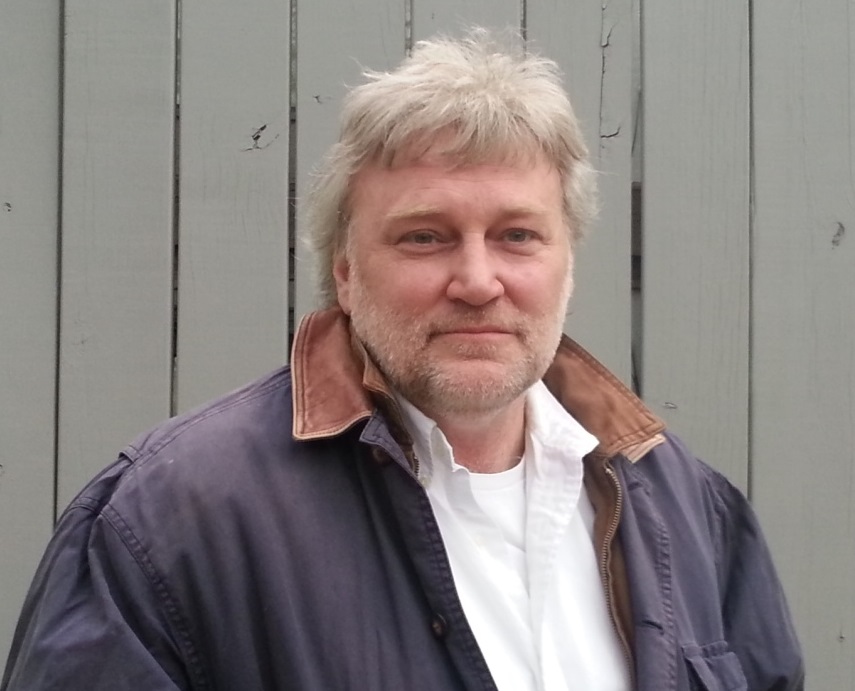 When asked by Hatewatch if there wasn’t a problem with funds for a neo-Nazi website being sent to the same building where his counseling center did its work, Greg Anglin refused to explain. In a rather hostile interview, Anglin also refused to answer the question “what did National Socialism do?” He told Hatewatch, “I don’t know anything about National Socialism, that’s not really my business” and that he had “no idea” what the principles of Hitler’s belief system, which his son espouses, were.

Therapists who work out of the office, most of whom run their own practices and essentially just rent space from Greg Anglin, told Hatewatch they were horrified by the views expressed on The Daily Stormer and asked that their names not be associated with the site. That doesn’t seem to be a concern for either Greg or Andrew Anglin, as the building’s address remains prominent on the donations page of Daily Stormer.

Not everyone in the hate movement is happy with Daily Stormer’s quick rise.

Two months ago, Anglin posted that he was pressured to remove material he had put up that was originally published on another website run by the white supremacist Council of Conservative Citizens (CCC). He described a “rather rude email” he had received from Kyle Rogers, a South Carolina-based webmaster for the CCC, asking him to take the material down. Anglin felt Rogers’ email to him, which is reprinted on The Daily Stormer, was “deeply personally insulting, given how much I’ve supported him and his organization.”

Anglin has also taken a beating on Stormfront, the first hate site on the web. He’s been attacked by Stormfront posters in a thread called “Why the Hatred for Andrew Anglin?” for “his race-mixing past” and for being an “infiltrator.” Another post claims that Anglin has been banned from Stormfront. A call to the site’s owner Don Black to ask if this is true was not returned.

The white nationalist site Counter-Currents, which considers itself high brow compared to neo-Nazis, has described Anglin as “slumming and pandering because of mistaken ideas” and “burning through brain cells by using stimulants.” Others have attacked him for defending Christianity and denouncing Christian Identity, whose believers argue Jews are the spawn of Satan and Eve.

Others adore him. Traditional Youth Network’s Matt Parrott recently wrote, Anglin’s “site achieves more traffic and influence than most of his critics combined.”

Anglin brushed off the attacks on him by his fellow extremists in an email exchange with Hatewatch. “Some people do get involved in White Nationalism for personal rather than ideological reasons, and this creates a situation where egos are involved,” Anglin wrote. “I try to be fair and polite to all people.” Except, of course, to the Jews, Zionists, Judeo-Bolsheviks, Third Worlders, Negroes, Moslem Pigs, T-------, Hebes, etc., that he maligns daily in his headlines.