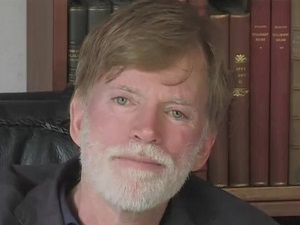 Once again, David Duke is begging for money so he can save the world from the “Zionists” – or at least his YouTube channel.

“This is the most important letter I have ever written you!” he breathlessly writes in a March 10 appeal to his fans and followers. “The Zionists,” he continues, “have launched a brutal effort to silence my powerful, world-changing Videos and YouTube channel. … Without your help we will lose our greatest tool to expose & depose these tyrants!”

Apparently, according to Duke, the YouTube bosses have given him notice that his video channel and all of his videos “will be terminated in ten days.”

It is not exactly clear why YouTube is terminating Duke's video channel, whether it because of complaints or because of a violation of YouTubes Terms of Service. YouTube did not reply to an email seeking comment on Duke’s letter, which claims “the Jewish extremists” are “in a hateful rage” and trying to kill his videos – “the most powerful tool on Earth in exposing their crimes against Europeans and all humanity.”

“The Zio haters,” he adds, “are relentless.”

Duke says they are also gunning for his “very soon to be published, world-changing new book, The Illustrated Protocols of Zion.”

The book is essentially a repackaged and “illustrated” version of the notorious anti-Semitic hoax, “The Protocols of The Elders of Zion.” But according to Duke, the “Jewish extremists” are so afraid of his book that they “are determined to wage all out war against me.”

He says that YouTube, which some of his comrades on the racist right refer to as “JewTube,” has already banned his video previewing the book, removed seven other of his videos and stopped any new uploads.

“So now,” he says, “we are in the fight of our lives to keep my videos and channel up – so that you and millions of others can use them to help wake up our friends and family.”

Only the “most generous support,” he adds, can win this “’David and Goliath’ battle.”

This is not the first time Duke has asked for help fighting the “Zio haters” out to stifle his message to the world. In 2013, he claimed opponents were having a “hissy fit” over the release of another presumably world-changing tome, The Secret Behind Communism.

“As we have shown,” he said in a posting on Stormfront, the largest white supremacist site on the Internet, “the Jewish leadership sees this book as an extreme danger because they see their vulnerability on their role in the greatest mass murder in all history … ”

Duke says his YouTube videos were once taken down, but were restored after a “heroic effort” and he has already contacted lawyers for his latest battle to save his channel, which features such videos as “How We Can Defeat Zio Globalism,” “The War on Christmas – New HD Version,” and “Wicked Witch Osama and Wizard Obama.”

But lawyers don’t come cheap, he admits, and so he is begging. “[W]ithout your help we will lose our most powerful weapon for our freedom and heritage!” Duke wrote.

Fear of a Duke-free YouTube is already panicking some on the racist right.

Neo-Nazi, Andrew Anglin, the founder of the white supremacist website DailyStormer.com, has come to Duke’s aid, asking his readers to support Duke’s fight “against these rats.”

“David Duke has remained a light to all of us, a fighter of the good fight,” Anglin writes. “He is a living legend, and a hero of the White race.”

Anglin claims Duke’s YouTube channel has “awakened untold numbers of people to the disease that is international Jewry.”

“And if they win against Dr. Duke,” he concludes, “it won’t be long until all Antisemitic [sic] content is fully purged from the service which claims to support freedom of expression.”