In the wake of revelations that Dylann Roof, the alleged Charleston, South Carolina, shooter, was “awakened” to the epidemic of “black-on-white crime” by the Council of Conservative Citizens (CCC), PayPal – one of the world’s largest online money transfer services – has suspended the white nationalist hate group’s account after being contacted by Hatewatch. 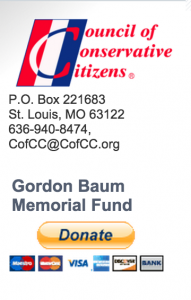 “The first website I came to was the Council of Conservative Citizens,” Roof wrote. “There were pages upon pages of these brutal black on White murders. I was in disbelief.”

The CCC’s website’s singular purpose is to propagate this false narrative of a victimized white majority under siege by allegedly violent people of color in the United States. Stories regularly feature gruesome images of victims accompanied by sensationalist rhetoric about the attacks designed to generate outrage.

In the wake of the death of unarmed, black teenager Trayvon Martin, the CCC’s website, disguised as a mainstream news source with domains like “Top Conservative news” and “Conservative-Headlines,” exploded with web traffic. Kyle Rogers, the site’s webmaster has publically boasted about changing the narrative around the story, as well as the fact that his coverage brought 170,000 unique visitors to the site in a single day.

Rogers also uses PayPal to process transactions for his personal business, Patriotic Flags, an apparel store that supplies flags and T-shirts to several hate groups. Among the items sold by Rogers is the Rhodesian flag – a symbol that adorned Roof’s jacket in pictures taken before the shooting at Emanuel AME Church in Charleston.

The cost of maintaining a site with so much traffic is significant. Unfortunately for Rogers and the CCC, that cost just became that much more significant now that the CCC cannot benefit from PayPal’s services.

Despite just now moving to suspend the CCC’s account, PayPal has been well aware of its part in helping the group raise money. On multiple occasions over the past year, Hatewatch has contacted the organization about more than 60 known hate groups using PayPal’s services to solicit donations and sell merchandise used to fund hate.

Each inquiry about the PayPal’s acceptance of brazen violations against its own acceptable use policy has been met with the same response:

“PayPal does not permit our service to be used to accept donations if the content on that web site violates our Offensive Materials Policy, which is contained in our Acceptable Use Policy (AUP). The Offensive Material Policy prohibits individuals and groups from making a call to action for violence of any sort against any group, promoting or glorifying hate, violence or racial intolerance or graphically portraying violence or the victims of violence.” 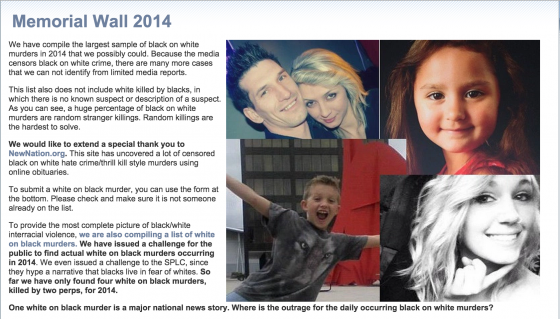 Along with this stock response was an email address for reporting AUP violations. On each occasion that Hatewatch submitted a list, at least three separate times, the CCC was among the hate groups identified as using PayPal’s services.

Bafflingly, the CCC’s website, dedicated almost solely to promoting a false narrative of white victimhood and the violent nature of embattled minority groups, was apparently deemed by PayPal as insufficiently guilty of “promoting or glorifying hate, violence or racial intolerance or graphically portraying violence or the victims of violence,” until today.

In the wake of the tragic events in Charleston, allegedly perpetrated by a young man who credits the CCC with the beginning of his radicalization, it is encouraging that PayPal has finally moved to honor its own stated values. However, the company has plenty of work to do with at least 60 more hate groups benefitting from its services.

It is unfortunate that it took such a tragedy to get PayPal’s full attention.