An important new report by the Chicago-based civil rights organization Center for New Community (CNC), released yesterday, documents collusion between the leadership of U.S. Border Patrol Unions and the organized anti-immigrant movement in the United States. 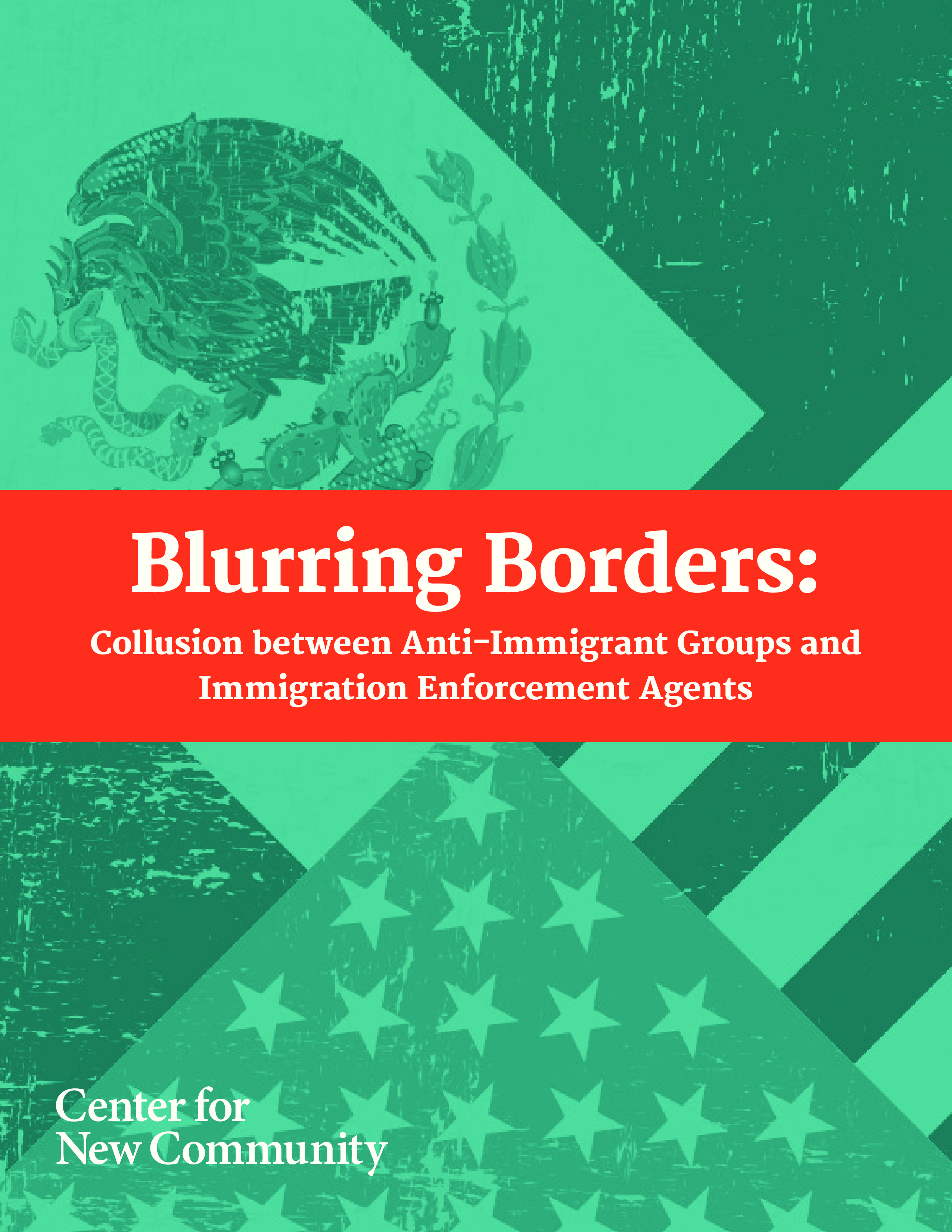 The report, “Blurring Borders: Collusion between Anti-Immigrant Groups and Immigration Enforcement Agents” documents numerous examples of this collusion, and notes how extremely problematic it is when you consider the fact that Border Patrol agents are entrusted to carry out the country’s immigration policies as instructed by Congress and the Executive branch.

One year ago today, anti-immigrant protesters in the town of Murrieta, Calif., blocked busses carrying some of the thousands of women and children who were fleeing violence in Central America. As the report notes, the activists would not have known about the busses coming to Murrieta if it were not for Border Patrol agents leaking the information to anti-immigrant leaders.

The report also notes that a close working relationship with Border Patrol and other government agencies is part of the broader anti-immigrant strategy, one developed over three decades ago by white nationalist John Tanton, the founder of the modern nativist movement. Today, the anti-immigrant groups rely heavily on these agencies to provide them with information.

The Center for Immigration Studies (CIS), a group founded by Tanton, is one of the groups that benefits the most from this collusion. Stephen Steinlight, senior policy analyst for CIS, acknowledged during a radio interview in 2014 that many CIS publications would not be possible “without our ongoing good connections with whistleblowers in agencies like Immigration and Customs Enforcement."

Commenting on the release of the report, Mark Potok, senior fellow at the Southern Poverty Law Center, said, “Do we really want law enforcement agents colluding with people who seek a European-American majority? Do we really want our law enforcement officers cooperating with people who are friends with hate groups who call all Latino people 'dumb' and circulate conspiracy theories about Jewish power?”