A Canadian appeals court today upheld a lower court decision invalidating a bequest worth an estimated $220,000 that was left to the National Alliance, one of America’s most notorious neo-Nazi groups.

The trial court in New Brunswick had ruled two years ago that the estate left by Harry Robert McCorkill could not go the Alliance because that contravened Canadian law and public policy. The judge, who was acting on a lawsuit filed by McCorkill’s estranged sister, Isabelle Rose McCorkill, found that the Alliance “incites hatred” against a variety of groups and that its goals were “criminal in Canada and that is what makes this request so repugnant.” 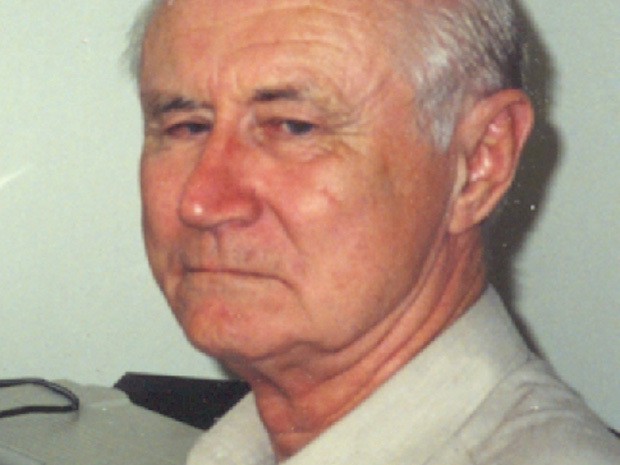 Harry Robert McCorkill, who died in 2004 in his late 60s, left his estate to the National Alliance, a white supremacist group.

Today’s one-paragraph decision, from the Court of Appeal of New Brunswick, said it had found “no justification to intervene” with the “carefully considered reasons” of the trial judge. It went on to assess the appellant, the Canadian Association for Free Expression (CAFE), a total of $9,000 to cover the court costs of Isabelle McCorkill and the Centre for Israel and Jewish Affairs and the Province of New Brunswick, both of which had intervened on her behalf.

“It is a very big victory,” said Marc-Antoine Chiasson, who represented Isabelle McCorkill in her fight to prevent any money from going to the National Alliance. “The court has confirmed that there is an obligation [to intervene] when testamentary gifts go against public policy.”

Richard Warman, a lawyer who has brought 16 successful cases against hate groups and racist individuals in Canada, was exultant. “The National Alliance was looking for world domination, but they just got a lesson in geography and different legal systems. This time, as ‘South Park’ says, ‘Blame Canada!’”

The estate of Harry Robert McCorkill, who joined the Alliance in 1998 and was close to its late founder William Pierce, included a collection of some 350 ancient Greek, Roman and Italian coins dating back to 525 B.C., along with other valuable artifacts like Roman short swords. After required Canadian taxes, it could be reduced to about $160,000, according to estimates produced at trial.

The Alliance itself and the executor of McCorkill’s will had initially appealed the 2013 decision, but later dropped that appeal, Chiasson explained. But CAFE, a notorious Canadian group founded and run by white supremacist Paul Fromm, also appealed and stayed in the case until the end. CAFE will now have to pay $3,000 each to McCorkill’s sister, the Centre for Israel and the Province of New Brunswick, whose attorney general had joined the case against the Alliance.

The bequest was first brought to public attention in June 2013 by the Southern Poverty Law Center, which revealed that Alliance officials were close to settling the probate matter and forwarding the proceeds to the group. That prompted Isabelle McCorkill, and later the others, to sue to prevent that transfer.

The bequest could have been important to the Alliance. Although it was for many years the most important hate group in the United States, it fell on hard times after the 2002 death of its founder. Bleeding members and finances, it has been near death for the last several years, desperately in need of new funds.

CAFE could appeal today’s ruling to the Supreme Court of Canada, but it would first have to get permission from the Court of Appeal of New Brunswick. In addition, even if an appeal were permitted, it is very possible the Supreme Court could force CAFE to pay even more court costs if it were unsuccessful.

Canada has far stricter laws than the United States about promoting racism and anti-Semitism. Although the bequest could not have been prevented in the U.S. legal system, Canada has a much fuller concept of the public good and its Charter of Rights and Freedoms allows speech bans and other “reasonable limits prescribed by law as can be demonstrably justified in a free and democratic society.”

The original trial judge, William T. Grant of St. John, had no doubt that the Alliance’s ideology justified such limits. “All of these publications can only be described as racist, white supremacist and hate-inspired,” the judge wrote of Alliance materials provided to the court by the Southern Poverty Law Center.

“They are disgusting, repugnant and revolting.”