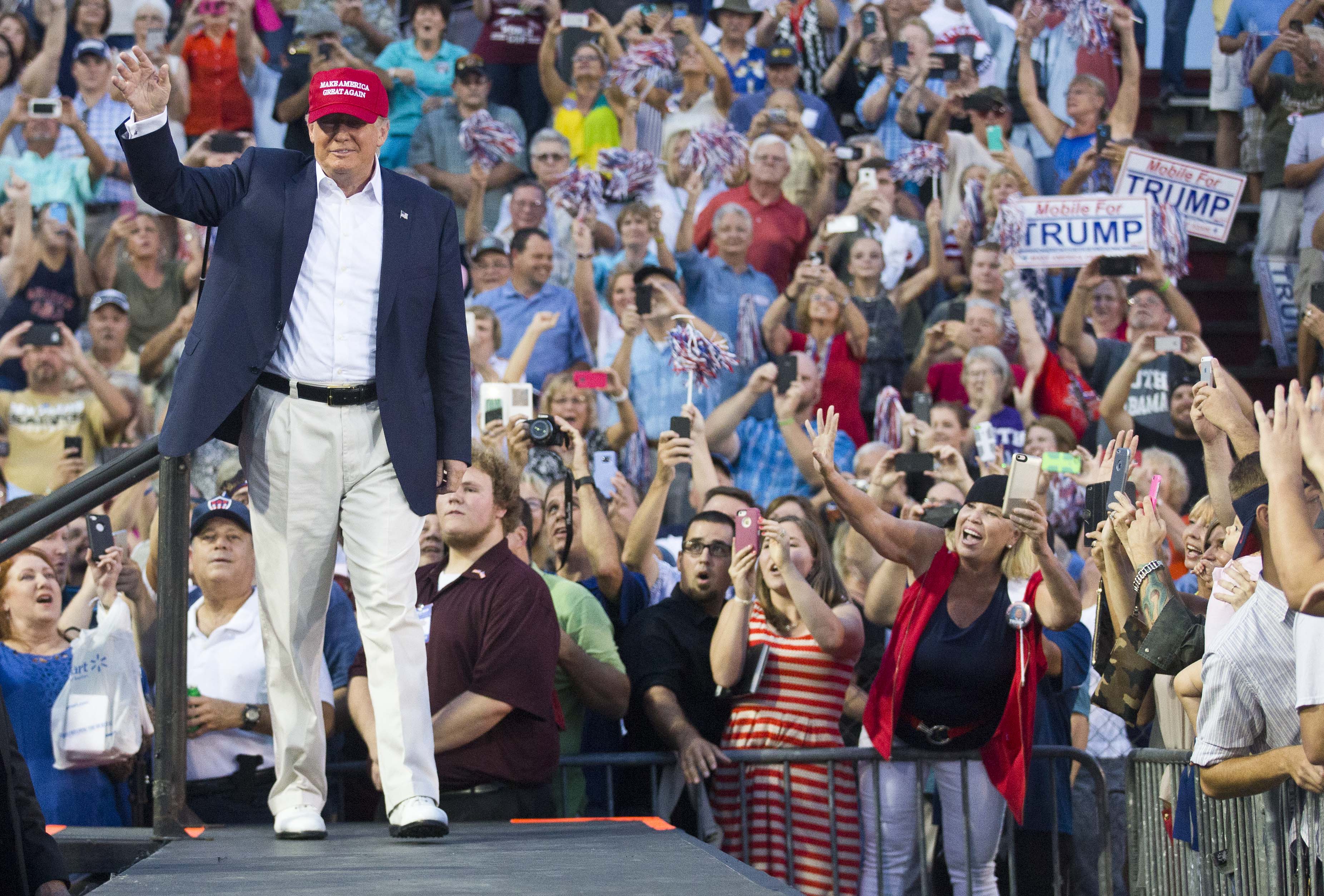 With his campaign showing no signs on slowing down, Donald Trump continued his war on immigrants by introducing a six-page immigration plan that reads like the playbook of the organized anti-immigrant movement in America.  Trump’s plan -- calling for mass deportations, a border fence and gutting the 14th amendment -- also strengthened his support among white nationalists.

Trump’s toxic anti-immigrant rhetoric is not without consequence. History tells us that specifically targeting a minority communities and whipping up a climate of fear and bigotry can have very real negative results.

Last week in Boston, two white men beat a homeless Latino man with a metal pipe and proceeded to urinate on him. Following their arrest, one of the men reportedly told police, “Donald Trump was right, all these illegals need to be deported.”

But for many in the white nationalist world, Trump’s immigration plan has signified that he is the real deal, and his plan a central rallying point for the radical right, as white nationalist Brad Griffin pointed out on his website Occidental Dissent last week:

I think a comparable moment just happened in American politics with marginalized and disaffected voters. All those people, long laughed at and excluded from the “mainstream,” who were cast out beyond the wall of “respectability,” are now in the tank for Donald Trump. The signal has gone out to join the Trump campaign and to openly organize in the mainstream under the banner of the Republican frontrunner to take down the hated c---servative establishment.

Donald Trump’s new position paper on immigration makes it official: He is easily the best presidential candidate on border security and immigration since Pat Buchanan. And we can be sure he is not a bait-and-switch politician who excites supporters with a few sensible ideas and then betrays them. Mr. Trump has single-handedly made immigration the key issue of this election. His heart is in it when he says we need to build a wall, deport illegals, and have an immigration “pause” until every American who wants a job gets one.

David Duke, probably the most well-known white nationalist in America, also voiced his support for Trump.

I praise the fact that he’s come out on the immigration issue. I’m beginning to get the idea that he’s a good salesman. That he’s an entrepreneur and he has a good sense of what people want to hear what they want to buy. … And I think he realizes that his path to popularity toward power in the Republican Party is talking about the immigration issue. And he has really said some incredibly great things recently. So whatever his motivation, I don’t give a damn. I really like the fact that he’s speaking out on this greatest immediate threat to the American people.

Trump is fully aware of his appeal to the far right. This past weekend, he followed in the footsteps of Ronald Reagan and visited the Deep South in an effort to galvanize support from the hardcore elements of his base.

On his presidential campaign trail in 1980, Ronald Reagan addressed a crowd of 30,000 at the Neshoba County Fairgrounds, just miles from where three civil rights workers in 1964 were brutally murdered, and spoke about his support of “states rights.” Thirty-five years later, Trump addressed a similar sized crowd in Mobile, Ala., where he continued his tirade against immigrants, much to the glee of the thousands in attendance.

One person could be heard yelling “white power!” during Trump’s remarks, and white nationalist Olaf Childress, editor of the racist paper The First Freedom was on hand to pass out copies to attendees. The New York Times also interviewed a Trump supporter who stated, “Hopefully, he’s going to sit there and say, ‘When I become elected president, what we’re going to do is we’re going to make the border a vacation spot, it’s going to cost you $25 for a permit, and then you get $50 for every confirmed kill. That’d be one nice thing.”

Trump’s continued attack on immigrants comes at a time when expressions of rage from the radical right are numerous. The legalization of same-sex marriage and nationwide efforts to ban the Confederate battle flag are adding fuel to the fire. Racist message boards are also alight with support from Trump’s immigration plan.

Stormfront, the Web’s largest white supremacists website founded by former Klan leader Don Black, has no less than nine threads discussing the New York billionaire’s plan. With a history of violence attributed to the site’s users, it’s no surprise that Trump’s supporters have begun calling for the murder of immigrants.

In one thread, a user claimed it would only be plausible to deport 25 percent of the undocumented immigrants in the country. Another user followed up with the statement, “Everyone in favor of shooting the rest…raise your hand.”

Another user replied “you have my sword” accompanied by a photo of an assault rifle with several magazine clips and a handgun.