Joseph "Joey" Carlton Meek is facing federal charges for allegedly concealing knowledge about Roof's crime and then lying about it to federal agents.

Federal charges are pending against a young South Carolina man who allegedly knew in advance that his childhood friend-turned racist planned to carry out a racially-motivated mass shooting in June at a historic black church in Charleston.

He was indicted last Tuesday in Columbia, S.C., on two federal counts -- one accusing him of concealing knowledge of the actual commission of a hate crime and lying about it just hours later when interviewed by FBI agents. 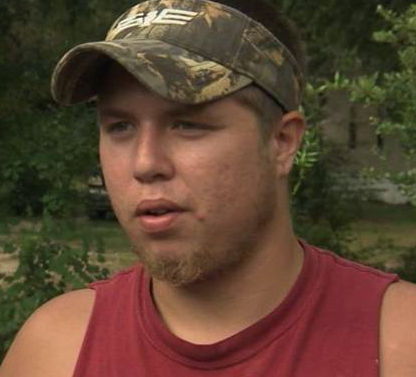 Meek is a childhood friend of Dylann Storm Roof, the 21-year-old white nationalist accused of fatally shooting nine people on June 17 at the Emanuel AME Church in downtown Charleston.

The two recently rekindled their childhood friendship via Facebook, and Roof spent several days before the Charleston shootings with Meek at his home, the Charleston Post and Courier reported.

Roof was arrested in the early morning hours of June 18, in Shelby, N.C., about 250 miles from the shooting scene. Later that same day, public records now disclose, FBI agents located and were questioning his friend.

Meek “represented and stated [to FBI agents] that he did not know specifics of Dylann roof’s plan to shoot individuals on a Wednesday, during Bible study, at an AME Church in Charleston, S.C.," the indictment alleges.  But “in truth and fact, as Meek then and there well knew,” his statements to the FBI “were false, fictitious and fraudulent when made,” the indictment adds.

The first count – misprision of a felony – accused Meek of having “actual knowledge” of the murderous rampage carried out by his friend Roof and concealed that information without reporting it to authorities.

Some legal experts say they see the filing of charges against Meek as a way for federal prosecutors to strengthen their pending case against Roof, who currently faces charges of 33 federal hate crimes and the possibility of the death penalty. Meek could well be offered a plea deal where he gets off with a lighter sentence in exchange for agreeing to testify for the prosecution against his childhood friend.

The Charleston newspaper reported that two months before the shooting, Roof visited Meek’s mobile home in the Red Bank community south of Lexington. There, the friends played video games, watched movies and drank alcohol. Roof reportedly proudly showed off his Confederate battle flag and talked about burning his U.S. flag.

One night, Roof drank vodka with Meek and his friends, including a black neighbor, and talked about carrying out mass violence in Charleston because of his beliefs about race, the newspaper reported after interviewing family members.

At one point, Meek took a pistol away from his intoxicated friend, but gave it back to him the next morning.

“They didn’t take him seriously,” Meek’s mother, Kim Konzny, told the newspaper. “They didn’t think anything of it. They thought it was gibberish.”