The Syrian refugee crisis in Europe, coupled with an announcement in mid-September from President Obama that 10,000 Syrians would be relocated to the U.S., has enraged the radical right, most notably anti-immigrant and anti-Muslim groups.

Once such group, the Center for Immigration Studies (CIS), the nativist movement’s “think tank," has been particularly animated about the influx of refugees and has responded the only way it knows how: racist rhetoric.

Each week, CIS circulates a digest of immigration articles to its supporters. It’s usually a hodgepodge of anti-immigrant articles. But in the recent weeks, CIS has started circulating articles from known white nationalists, all focusing on the Syrian refugee issue.

The piece, titled, “Immigration, Altruism and National Suicide,” calls for a ban on all Muslim immigration to Europe. “No sane person could read the media headlines over the last few years which describe with monotonous regularity the violence, murder, rape and mayhem carried out by Muslims in Europe, along with the wars and carnage carried out by Muslims around the world,’ Weston wrote.

The Sept. 11 edition of “Immigration Opinions” also featured articles from white nationalists Robert Weissberg and Pat Buchanan. Weissberg is a longtime supporter of Jared Taylor, and has called him a “close friend.” The former University of Illinois professor has referred to African-Americans as “the stupid black,” and has addressed Taylor’s American Renaissance gatherings on numerous occasions.

Weissberg’s article, “Europe’s Immigrant Problem,” appeared on the racist website American Thinker and also attacked refugees. “And many of the refugees are young men with a penchant for violence,” Weissberg warned. Then there’s Pat Buchanan’s piece, “Islam’s Conquest of Europe,” which also focused on refugee issue. Like Weston, Buchanan’s article originally posted on Townhall.com, described the relocation of Syrian refugees to the United States as “national suicide.”

Since its founding in 1985, CIS has been explicitly tied to white nationalism. Its founder, white nationalist John Tanton was responsible for establishing the organized anti-immigrant movement, and, over the past 20 years, the group has been unable to cut these racist ties. 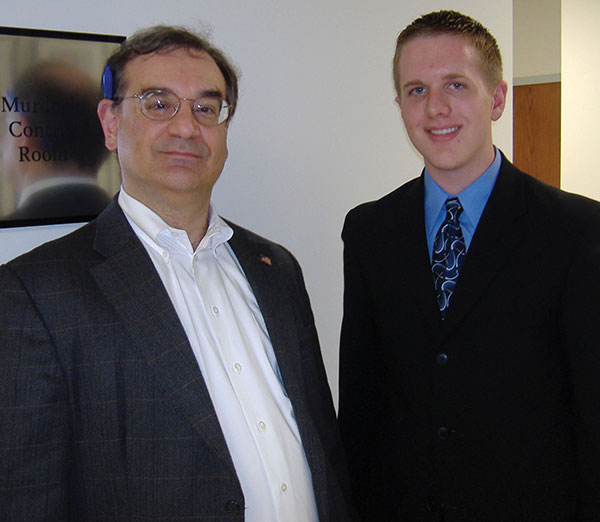 CIS staffers have continually used racist language when referring to immigrants, including calling them, “Third-World gold-diggers,” and blaming immigrants for “the burgeoning street gang problem” in the United States.

CIS’s tagline is “low-immigration, pro-immigrant,” but as the past few weeks have demonstrated, the group and its founder Mark Krikorian seem to be just as comfortable throwing white nationalism into the mix, too.