Houstonians go to the polls Nov. 3, where they’ll be voting for a mayor and also on whether to repeal the Houston Equal Rights Ordinance (HERO; PDF may not load in some browsers), which far-right anti-LGBT groups have depicted as a license for male predators posing as women to invade public rest rooms.

Last month, the Texas Supreme Court suspended the ordinance, which meant that the Houston City Council had to either repeal HERO or place it on the November ballot for popular approval. The City Council voted Oct. 21 to include a referendum on the ordinance on that ballot as Proposition 1.

The ordinance, originally introduced in April 2014 by Houston Mayor Annise Parker and passed by the City Council, has faced a storm of contentious opposition, petitions and a lawsuit initiated by right-wing groups and pastors because of its inclusion of the phrases “sexual orientation and gender identity.”

Texas is one of at least 20 states without a statewide law that prohibits discrimination on the basis of sexual orientation or gender, although some Texas cities have passed their own local ordinances. HERO extends non-discrimination protections to “city employment, city services, city contracting practices, housing, public accommodations, and private employment.” Religious organizations are exempt.

Despite that exemption, right-wing groups have unleashed a barrage of vitriol based on their fear that transgender people could use public restrooms that correspond to the gender with which they identify. The groups assert that HERO endangers women and children because male sexual predators could claim they’re trans women, and thus are entitled to use women’s restrooms and locker rooms under the ordinance, in order to seek out and attack victims. That scenario is a myth perpetuated by right-wing groups (and some radical feminists) to gin up fear of trans people and further marginalize them. 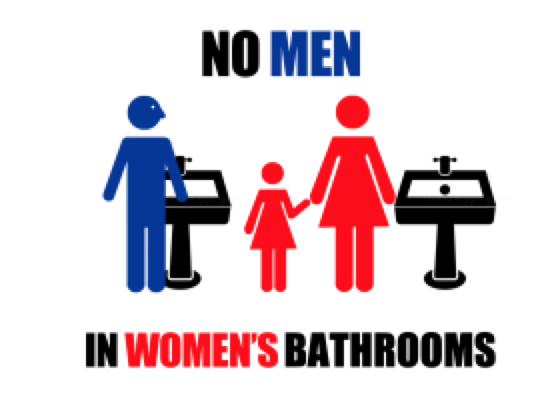 Trans people (particularly trans women of color) are one of the most victimized communities in America, subject to discrimination in housing and employment, harassment, and stunning levels of hate violence. Already this year, at least 22 trans women have been murdered in the United States.

Campaign for Houston, one of the groups involved in the fight against HERO, is one of the purveyors of the bathroom-attack myth. The group was launched with an eight-city “Faith, Family, Freedom Tour,” which began in Houston on Aug. 13. Sponsors of the tour include Christian pseudo-historian David Barton, former congressman Tom DeLay, and the Texas Eagle Forum’s Cathie Adams, who recently claimed that same-sex marriage would lead to the end of America. 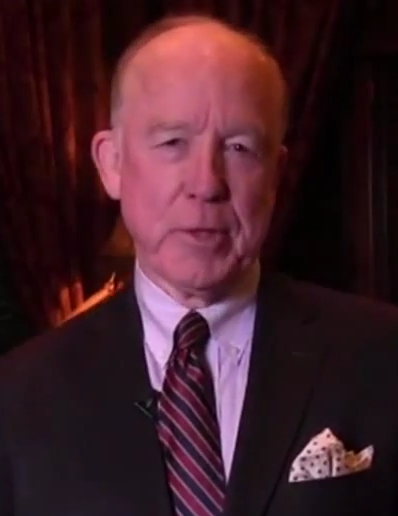 Campaign for Houston appears to be the brainchild of long-time right-wing anti-LGBT activist Steven Hotze, president of the Conservative Republicans of Texas. The former chairman of the Harris County, Texas, GOP, Jared Woodfill (now a spokesman for Campaign for Houston), named Hotze as the founder of “numerous pro-family organizations,” including Campaign for Houston.

Hotze, a medical doctor who has made some dubious claims—he has said, for example, that men who have lost a testicle to disease or injury have trouble reading maps and doing math—also was behind the so-called Campaign for Houston Straight Slate in 1985. Louie Welch, who ran for mayor of Houston on the Straight Slate, has stated on live television that the best way to control AIDS would be to “shoot the queers.” Although he later apologized, his vitriol proved profitable, and he raised some $70,000 for his campaign the following day. Hotze seems to have recycled part of the name of that campaign for this latest anti-LGBT crusade.

Earlier this month, Hotze said that HERO would allow “perverted men” be “as strange, as weird, as perverted, as deviant as you want to be.” At the Houston launch of the Faith, Family, and Freedom event, Hotze brandished a sword, claimed that “Satanic cults” were behind the “homosexual movement,” and demanded that LGBT people be hounded out of Houston. “Drive them out of our city,” he said. “Send them back to San Francisco.”

Campaign for Houston also released an ad that claims the anti-discrimination bill will open doors to sexual predators. The ad asserts that “any man at any time could enter a woman’s bathroom simply by claiming to be a woman that day” and “even registered sex offenders could follow women or a young girl into the bathroom and if a business tried to stop him, they’d be fined.” The ad urges people to vote “no” on the Proposition 1 “bathroom ordinance,” as the camera, shooting in lurid black and white, follows a little girl into a public bathroom stall. Next up is a man shown emerging from a neighboring stall and entering the girl’s stall. 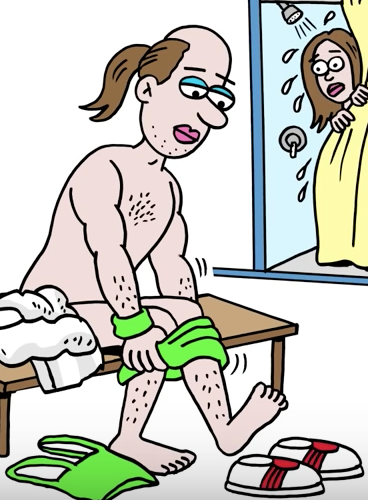 The Campaign for Houston’s first radio ad, released in August, is similar. It features a young woman who claims that “[t]his ordinance will allow men to freely go into women’s bathrooms, locker rooms, and showers. That is filthy, that is disgusting, and that is unsafe” (hear the full ad here). In another ad put out by anti-LGBT group Texas Values, a trans woman is depicted in a cartoon as a muscled, balding man, complete with makeup, in a women’s locker room.

The last few days before the election will surely see more of the same from anti-LGBT forces in Texas.