Willis Carto, founder of several radical right publications and organizations and a major American promoter of Holocaust denial, has passed away according to white nationalist reports. 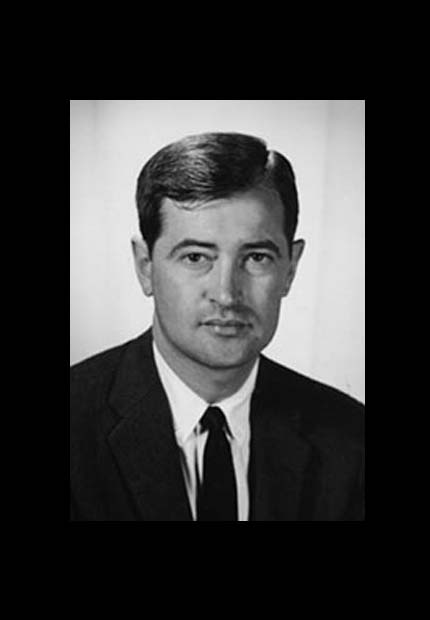 According to reports from white nationalists, Willis Carto, a man active on the radical right for more than 60 years, has died, aged 89. Carto was one of the most active and influential white nationalists of the past century and leaves behind a legacy of vile racial hatred, especially towards Jews. He heavily influenced a number of racists who were active in the latter part of the twentieth century, such as Klansman turned-politician David Duke and William Pierce, founder of the National Alliance, at one-time the most dangerous and best organized neo-Nazi organization in America.

Carto devoted most of his early activism on the radical right to promoting the work of his predecessor, Francis Parker Yockey, a white nationalist ideologue who in his 600-page book Imperium pitched an upbeat message to beleaguered fascists, urging them to engage in a "world-historical struggle" and arguing that the fall of the Third Reich was merely a temporary setback that paved the way for a future triumph.

Carto founded the first major American Holocaust-denial outfit, the Institute for Historical Review (IHR), a group still active today despite the fact that Carto lost control of the group some two decades ago. In fact, Carto was one of the first American writers to deny the Holocaust in print, writing "‘Gas-chambers' that did not exist were photographed, and a ‘gasmobile' was invented to titillate the mechanically-minded." Before founding IHR, Carto created the Liberty Lobby in the 1950s, an outfit that billed itself as a conservative, anti-Communist group. Liberty Lobby eventually became known for its advocacy of both white supremacy and anti-Semitism.

In the 1960s, Carto supported Alabama Governor George Wallace during his 1968 presidential bid. Carto co-authored a pamphlet headlined "Stand Up For America: The Story of George C. Wallace," lauding the candidate as the only one capable of beating back "Blacky" and the Communist-dominated federal government. Carto's Liberty Lobby mailed 175,000 copies to its subscribers and printed an additional 150,000 copies that were provided to the Wallace campaign for distribution.

In 1978, Carto started his most well known enterprise, IHR (under a parent organization called the Legion for the Survival of Freedom). IHR presented itself as a legitimate historical research group, devoted to "revisionism" — a term hijacked from a school of credible historians who offered new interpretations for the origins of World War I. In fact, the new organization was made up of white supremacists and Nazi sympathizers, and it would draw expertise from the like-minded from around the world. Its mission was to erase the Holocaust by any means at its disposal — including distortion, misquotation and outright falsification.

In 1984, Carto helped to found the far right Populist Party, which soon became a haven for white supremacists and other racial extremists. David Duke, the former Ku Klux Klan leader, captured the party's presidential nomination in 1988, winning 0.05% of the national vote; in 1992, Bo Gritz, the former Green Beret and militia enthusiast, headed the party's ticket, grabbing 0.1%, twice the amount that Duke had received.

Carto’s uncanny ability to find himself embroiled in legal battles also made him an extremely divisive figure on the radical right. He eventually lost control of both Liberty Lobby and IHR following a series of lawsuits brought against him by others in leadership roles in both organizations who accursed Carto of fraud and financial mismanagement.

In the early 2000s, Carto formed the anti-Semitic newspaper American Free Press  (AFP) out of the ashes of Liberty Lobby’s Spotlight publication, as well as The Barnes Review (TBR), which has developed into America’s leading Holocaust-denial publication. Due to old age, Carto’s role with both publications diminished in recent years. In 2013, however, he attended and addressed an AFP event in Austin, Texas, featuring a number of other Holocaust deniers and anti-Semites such as Austin-based Texe Marrs.

AFP has suffered the loss of a number of its writers in the past few years. In 2013, Jim Tucker, known for his prolific writings on the Bilderberg Group, an annual gathering of world elites, died at age 78. In 2014, former Congressman Jim Traficant, a racist conspiracy theorist and AFP contributor, died in a farming accident. Earlier this year, another AFP stalwart, Michael Collins Piper also passed away.

It is unclear what impact the loss of Carto will have on his enterprises.