August Byron Kreis III, a one-time pre-eminent racist leader with ties to the Ku Klux Klan, Posse Comitatus and the Aryan Nations, will spend the rest of his life in prison for child molestation.

The 61-year-old Kreis -- who lost both legs to diabetes and is now wheel-chair bound -- was sentenced Thursday to 50 years in prison after being found guilty by a jury in Lexington, S.C., of one count of criminal sexual conduct involving a child and two counts of committing lewd acts on a child. 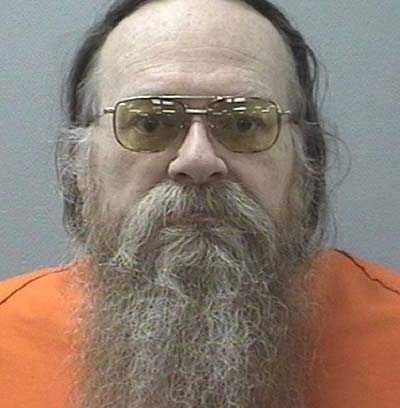 The charges were related to repeated sexual abuse of two girls between the ages of 10 and 14 by the man who at one-time declared he was the hand-picked leader of the Aryan Nations, chosen to succeed the late Richard G. Butler.

Before Circuit Court Judge Douet “Jack” Earley handed down the lengthy sentence, one of Kreis’ victims, now in her 20s, stared him down in the courtroom and read a poem, calling him a “monster,” The State newspaper reported.

Child rapists such as Kreis “shatter the emotional lives of the young, leaving them scarred and living with lies,” the victim told the courtroom.  “Days turn into months, and months into years, and every night is full of this child’s worst fears,” she said.

“Go through life watching behind me, and hold onto my heart with one hand … My soul cries at the mention of your name,” the victim said, reading the poem she had written, the Columbia, S.C., newspaper reported.

The victim said she is now a strong adult, willing to confront her abuser face-to-face. “Your disgusting little secret is out,” she told Kreis. “I hope you are haunted till the day you die for the things you’ve done.”

The judge asked the woman for a copy of her poem, calling her a “brave young lady,” the newspaper reported.

During the three-day trial, Kreis held up a sign to the jury, “Vote for Donald Trump.” That prompted his defense attorney to ask for a mistrial, but the judge rejected the attempt to derail the trial.

At sentencing Thursday afternoon, Kreis was back with an anti-Semitic rant and another plug for the Republican presidential candidate who is leading most current polls.

“I will always hate the Jew,” Kreis said in the courtroom.  “This government is run by an evil group of people, and, please, ‘Vote for Trump!’”

Kreis was arrested on the child-rape charges on Feb. 19, 2014, in Richland County, S.C.  He initially was charged in Richland County with one count of criminal sexual conduct with a minor under 16 and one count disseminating obscene material to a minor 12 years old or younger. Kreis also is charged in Lexington County, S.C., with three counts of third-degree criminal sexual conduct and in Kershaw County, S.C., with one count of that same crime. The charges apparently were modified for a single trial in Lexington.

Kreis moved to South Carolina after a failed attempt to establish a new base of operations for the Aryan Nations in Pennsylvania.

In January 2012, Kreis said he was stepping down as leader of the Aryan Nations faction and handing the operation over to Drew Bostwick, a neo-Nazi National Socialist Movement activist who claimed he was the last Aryan Nations pastor “ordained” by Butler before his death in 2004.

In December 2013, Kreis completed two years of probation related to veterans’ benefits fraud. As part of a plea deal, two other federal fraud charges involving veterans’ benefits were dismissed, but Kreis was ordered to pay the federal government $192,837 in restitution.

Federal authorities began that investigation of Kreis after he made public statements suggesting the Aryan Nations should form an alliance with Al Qaeda, because both entities hate Jews.