A Kansas judge has accepted a jury's recommendation of a death sentence for Frazier Glenn Miller, the former Klansman who killed three people last year outside two Jewish businesses. 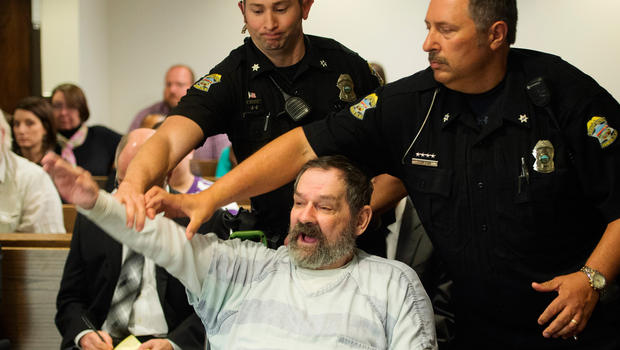 Even as he formally was sentenced to death this week for three murders, Frazier Glenn Miller Jr. continued spewing hate.

“I thrive on hate,” the 74-year-old former Ku Klux Klan leader said in a Johnson County courtroom in Olathe, Kan. “If I didn't thrive on hate, I would go crazy.”

It was his hatred of Jews and a fervent idolization of Adolf Hitler, Miller told a jury this past summer, that drove him to kill three people in April 2014 outside two Jewish facilities in the Kansas community. The jury convicted him of three capital murders charges and took an 90 additional minutes to decide he should get the death penalty.

The judge sentenced Miller to 394 months for separate jury convictions for three counts of attempted first-degree murder, aggravated assault and discharging a firearm into an occupied building.

Then came the death sentence.

“I find from the review of the entirety of the evidence presented in this trial that the jury’s verdict should be and is affirmed,” the judge said. “And, for your conviction for capital murder, you will be transported to the Kansas Department of Corrections to carry out the sentence of death by lethal injection as provided by Kansas law.”

Within two seconds of those words from the judge, Miller, who suffers from emphysema, screamed from his wheelchair:  “Heil Hitler! One day my spirit will rise from my grave and you all will know that I was right. Heil Hitler!”