In simultaneous raids this week, the FBI has arrested five in race war plot.

A total of five suspects are now in custody in the FBI’s ongoing investigation of a group of white supremacists in Virginia accused of plotting a race war involving robberies and crimes of violence against minorities. 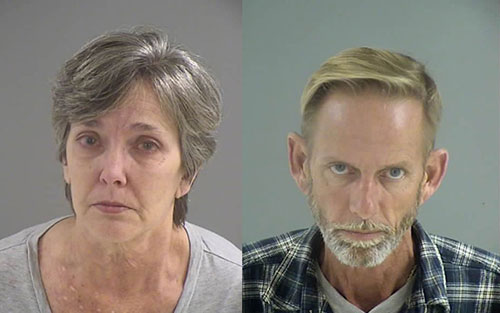 At a hearing today in Richmond, U.S. Magistrate Roderick Young ordered Halderman held without bond as either a flight risk or danger to the community. Doyle and Chaney III were ordered to remain in jail for similar reasons during court appearances on Thursday.

“I'm more concerned about the safety of the community,” the judge said of Halderman, making reference to his association with the Aryan Brotherhood and 17 previous felony convictions, The New York Times reported.

Chaney Jr. remains in the Henrico County Jail near Richmond on charges of being a felon in possession of firearms, illegal possession of ammunition, possessing one to five pounds of marijuana with intent to distribute and possession of a firearm while possessing drugs.

Terry Chaney is charged with possession of one to five pounds of marijuana; possession of a firearm while possessing drugs and aiding and abetting a felon to possess a firearm, authorities said.

Ronald Chaney Jr. and Terry Chaney are not currently facing federal charges nor are they identified as co-conspirators in the alleged plan to start a race war, targeting blacks and Jews. That could change, however, when the case is presented to a federal grand jury for indictment.

At this point, federal court documents say Doyle and Chaney III “and others known and unknown to the FBI ascribe to a white supremacy extremist version of the Asatru faith.” It is a form of Odinism -- a neo-Pagan religion that reveres various Norse gods, including Thor.

During the week of Sept. 20, the FBI received information that Doyle and others were going to meet at Doyle’s residence in Chesterfield, Va., on Sept. 27 “to discuss acting out in furtherance of their extremist beliefs by shooting or bombing the occupants of black churches and Jewish synagogues.”

The charging documents also allege the band of white supremacists, as part of their planned race war, intended to conduct “acts of violence [against Jews] and doing harm to a gun store owner in Oklahoma.” That intended victim was not identified.

After a series of meetings, Doyle and Chaney III met on Oct. 25 with an undercover FBI agent, who posed as an arms dealer, offering illegal firearms silencers for sale.

On Nov. 8, court documents say, Chaney attempted to purchase firearms and explosives during a meeting with three undercover FBI agents posing as illegal arms merchants. Chaney was arrested immediately after handing over cash for the purchase and Doyle and Halderman were arrested later at other locations.