A man and a woman –– described in court document as being involved with methamphetamine and white supremacists –– are in custody following separate murders and assaults last month in western and eastern Montana.

One of the murder victims was a 78-year-old Vietnam veteran, described as someone who would go out of his way to help less-fortunate and homeless people in Miles City, Mont.  The other murder victim was a 56-year-old woman, a polio survivor, who held a minimum-wage job cleaning motel rooms in Missoula. 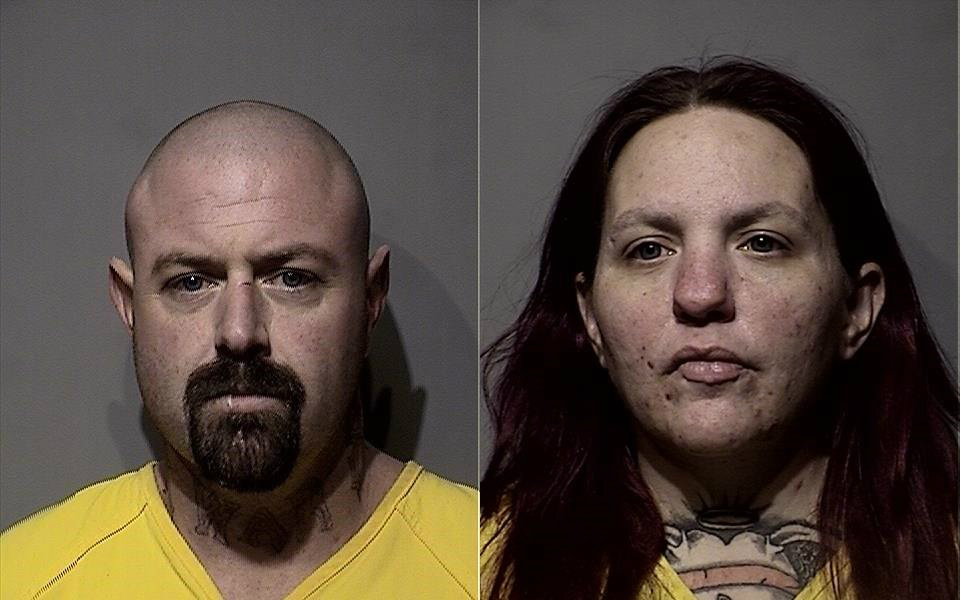 The suspects, Scott Austin Price, 37, of Billings, Mont., and Sarah Rae McKnight, 32, of Trout Creek, Mont., were arrested in Coeur d’Alene, Idaho, on Dec. 22.  They are both are now charged with killing housekeeper Lonette Marie Keehner as she cleaned a room at a Super 8 motel in Missoula, Mont.  Just moments earlier, Price is accused of seriously stabbing another woman in a nearby grocery store parking lot.

That homicide and assault occurred after Price fled Miles City, in eastern Montana, where he was identified and charged in the Dec. 14 murder of military veteran Ed Martin, the suspect’s former landlord,  and in the assault-kidnapping of the victim’s wife, Helen Martin, and stealing $4,000 from the couple’s home safe.  McKnight is not charged in that case because she was elsewhere in Montana at the time, facing federal counterfeiting charges.

After both homicides, Price is accused of stealing the victims’ vehicles, court documents allege.  Price became a fugitive after absconding from state parole supervision Dec. 3 in Billings, Mont., the records say.

He is now charged with homicides in Custer and Missoula counties, along with assorted other felonies, including aggravated kidnapping, assault and tampering with physical evidence.  McKnight is only charged in connection with the Missoula homicide and assault.

Sarah McKnight also is known as Sarah Rae Pautz and Sarah Larson, court documents say. Documents disclose that McKnight-Larson “met up with Price” in Great Falls the previous week and was told he was “on the run” after committing a murder in Miles City.

She connected with the murder fugitive a day after the Miles City murder, apparently immediately after federal prosecutors agreed to release her from jail without bond during her Dec. 15 U.S. District Court arraignment as Sarah Rae Larson on five counts of passing counterfeit money in Montana, court records show.

During their time together, McKnight-Larson told investigators she and Price “were regularly using methamphetamine.”