After months of echoing the American racist right—promising to catalogue all American Muslims, accusing immigrants of being rapists, proposing to build a wall covering the entire U.S.-Mexico border—Donald Trump was caught retweeting a racist Twitter account.

Trump used his official Twitter account on Friday to retweet the account @WhiteGenocideTM. The account, which has claimed “Hitler SAVED Europe” and that “Jews/Israel did 9/11,” is named after an increasingly popular racist idea that white nationalist have worked hard to push into the mainstream –– the idea of “white genocide.” 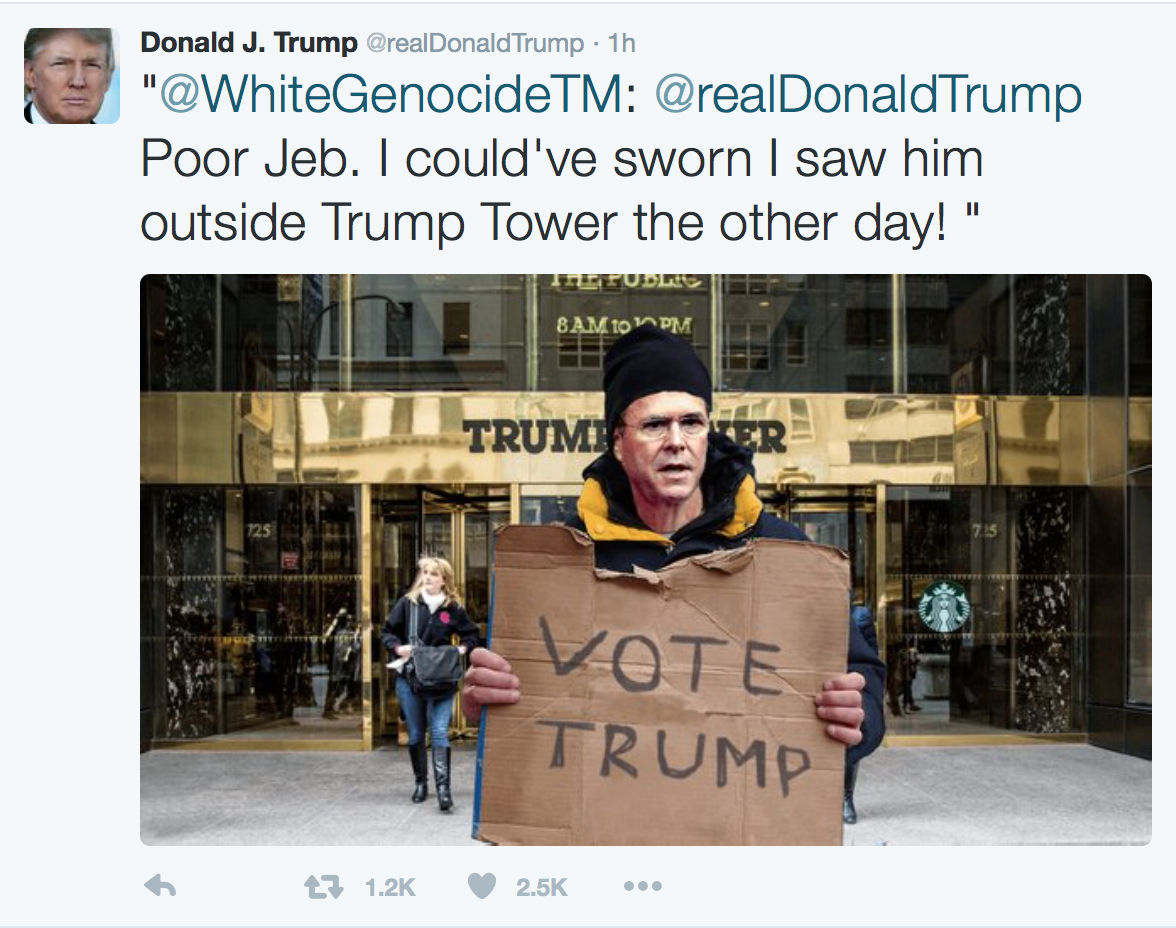 White genocide is an idea that white people, far from ruling most of the developed world, are actually being subjected to a genocide that will ultimately wipe out their race. In recent years, the idea has been spread through something known as the “The Mantra,” a 221-word attack on multiculturalism written by Robert Whitaker, a cantankerous segregationist making a presidential bid this year on the racist American Freedom Party ticket. The Mantra ends with the phrase, “Anti-racist is code word for anti-white.”

Already, the Tweet has garnered considerable attention on the racist right. On Stormfront, the nation’s largest white supremacist website, the user Fading Light said, “[T]his is a GOOD thing. [Trump] willingly retweeted the name. The name was chosen to raise awareness of our plight. Helped propagate it. We should be grateful.”

Another user on Stormfront, “DarkWorld423,” said, “A resounding applause to you, Herr Trump. And please pay no mind to the anti-White idiots insulting you.”