Adding to his checkered past of racist, hate-filled comments, Ted Nugent is now serving up a repugnant dose of anti-Semitism, blaming prominent Jewish leaders for pushing gun control. 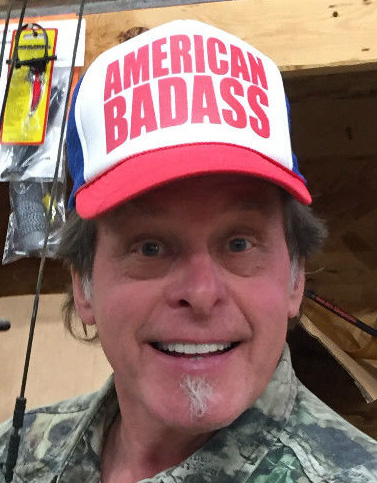 In a Facebook post on Monday, Nugent posted a photo collage of a dozen politicians and civic leaders with an Israeli flag and a conspiratorial or hate-filled comment superimposed over each.

“Know these punks,” Nugent posted. “They hate freedom, they hate good over evil, they would deny us the basic human right to self defense & to KEEP & BEAR ARMS while many of them have tax paid hired ARMED security! Know them well. Tell every1 you know how evil they are. Let us raise maximum hell to shut them down!”

As part of his continuing anti-Semitic rampage, Nugent on Tuesday posted a follow-up Facebook post, saying Jews killed by Nazis in World War II were “soulless sheep to slaughter.”

His anti-Semitic Facebook postings are drawing considerable criticism from Jewish gun-owners, including those who are members of the National Rifle Association. Nugent remains on the NRA Board of Directors, despite repeated calls for his removal.

The Coalition to Stop Gun Violence also is weighing in, renewing calls for the NRA to kick Nugent off its board of directors.

“The NRA likes to bill itself as the ‘oldest civil rights organization in the United States.’” The coalition posted on its web site. “If they want to wear that mantle it’s time for them to walk the walk and end their relationship with Ted Nugent immediately.”

“Tell the National Rifle Association: Enough is enough. Publicly repudiate Ted Nugent’s racist rhetoric and remove him from your Board of Directors.

The ADL took the fight to Nugent’s Facebook page where it posted this statement:

“This is nothing short of conspiratorial anti-Semitism. Regardless of one’s views on gun control, this kind of scape-goating of an entire religious group is completely unacceptable and completely divorced from reality.”

“It should go without saying that anti-Semitism has no place in the gun control debate,” the ADL statement said.

“We hope that good people on both sides of the gun control debate will reject his tactics and his message,” the ADL statement said.

The Simon Wiesenthal Center’s associate dean, Rabbi Abraham Cooper, issued a statement saying: “Nugent has every right to advocate against gun control laws. However, he won’t be getting a free pass for his anti-Semitic bigotry.”

“There are Jews on both sides of the gun control controversy and Nugent knows it,” Cooper said, demanding an apology to the Jewish community. “He owes our community an apology. He can start by removing the offensive graphic and if he won’t, we urge Facebook to do it for him."

Mathew Heimbach, a leader of the white nationalist Traditionalist Youth Network, posted a comment saying, "The fact that this is true is proved by the fact the ADL showed up to try to "Shut It Down."

Appearing to taunt the ADL, the  youthful neo-Nazi said, "Guess what ADL?  We already know, you cannot stop the Truth."

Not to be outdone, legendary racist David Duke chimed in, saying Nugent was being called anti-Semitic "for saying that Jews lead the effort to take away our guns!"

"If he is anti-Semitic so are all the Jewish organizations that boast of the fact that they lead the effort, including the ADL which called him an anti-Semite."

"If Jews have a problem with the truth, then the truth is ... Anti-Semitic!" Duke said.

Individuals also were blasting Nugent on his own Facebook page.

“As a religious Jew who testified with you in the Michigan Senate for relaxing gun laws and strengthening the 2nd Amendment, I'm absolutely disgusted but not at all surprised that you are showing what I always suspected: that you are a Jew-hater and a piece of crap,”  an individual identifying herself as Debbie Schlussel posted.

“I'm sickened you invoke the slogan of Jewish Holocaust survivors, "Never Again" in mockery. Go to hell, a------!” Schlussel wrote.

Another an individual identifying himself as David Levy posted on Nugent’s page: “I call total f------ bullshit here, I am jewish, conservative gun owner, this is just f------ hate. I've always supported you but f--- you Ted, lets run for generalizations, Many more christian lib gun haters, you sank low here, what's next swaztikas?”