An Oregon sheriff in a county neighboring the antigovernment extremist occupation of a national wildlife refuge is now the focus of eight complaints alleging ethical violations in relation to his actions and treatment of occupiers.

Grant County Sheriff Glenn Palmer was named in eight separate complaints, including one from a 911 manager and the John Day, Ore. police chief, alleging misconduct during the 41-day occupation of the Malheur National Wildlife Refuge in Burns, Ore., according to the Oregonian. The paper noted that Palmer had been left out of planning for a roadblock that led to the arrest of Ammon and Ryan Bundy, Ryan Payne, Pete Santilli and others and denied information when he called the 911 Center in John Day.

One 911 dispatcher told the paper, “I felt uncomfortable knowing that I had to relay vital information to someone who may not be trustworthy.” 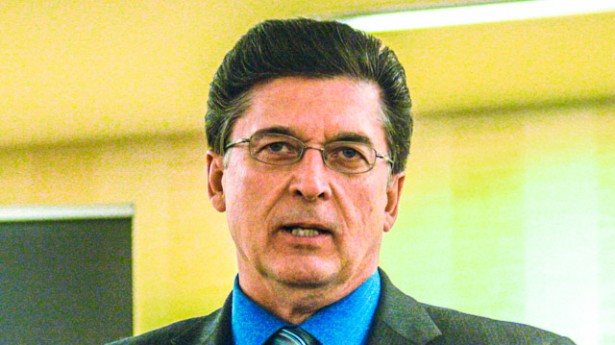 The reservations over Palmer center on his views of the federal government and his membership in Constitutional Sheriffs and Peace Officers Association (CSPOA), a group founded by former Arizona sheriff Richard Mack to encourage law enforcement officers to stand as a “line in the sand” against federal tyranny. But the complaints focused on a private meeting Palmer had with occupiers early in the standoff. Palmer reportedly signed a pocket copy of the Constitution belonging to occupier John Ritzheimer, an unhinged militiaman and anti-Muslim activist, at that meeting.

When contacted by telephone this week, Mack dismissed the accusations against Palmer as a witch-hunt, claiming that Palmer appeared to be singled out for his ideological associations.

“Kim Davis met with the Pope. Does that mean the Pope did something unethical? And how many more of our politicians have met with Fidel Castro?” Mack told Hatewatch. “This is ridiculous. This is completely absurd.”

Despite Mack’s defense of Palmer, the Oregon Department of Public Safety Standards and Training, which licenses police officers, has asked the Oregon Department of Justice to investigate the long-time sheriff. If violations of police standards exist, he faces possible revocation of his certification. The Oregonian noted, however, that the agency has no power to remove Palmer from office since he is an elected official.

Palmer’s ties to the antigovernment movement are deep. A “constitutional sheriff” who believes his jurisdictional powers trump federal power, Palmer is a member of the antigovernment CSPOA and an inductee into its Hall of Fame. In 2013, he answered the organization’s call to voice a commitment to the 2nd Amendment to the Obama administration.

On Jan. 16, 2013, Palmer wrote a letter to Vice President Joe Biden, voicing a stern support of the 2nd Amendment, which many on the radical right continue to fear is under attack and facing draconian restrictions. At the time, fears were at a heightened pitch following the Dec. 14, 2012, shooting at Sandy Hook Elementary School in Newtown, Conn.

“I will not tolerate nor will I permit any federal incursion within the exterior boundaries of Grand County, Oregon, where any type of gun control legislation aimed at disarming law abiding citizens is the goal or objective,” Palmer wrote in his letter. “We live in a free society and firearms ownership and the right to defend ones self [sic] from becoming a victim of a criminal act or from a far reaching government attempting to enact laws that are unconstitutional.”

Those views, as well as his actions over the 41-day standoff, left many law enforcement officials in Oregon concerned about Palmer’s ability to perform his job objectively with the rule of law in mind.

“I have a great public safety concern when the Grant County sheriff is allowed to openly meet with and be part of this group of lawbreakers,” John Day Police Chief Richard Gray said in his complaint to the state agency.

But Mack, in his defense of Palmer, was quick to point out that other law enforcement officers, including Grant County Sheriff Dave Ward, had met with occupiers. Ward’s meeting with Ammon Bundy was caught on video and widely disseminated.

“Why isn’t Ward being investigated?” Mack asked. “Because Ward is not a constitutional sheriff. That’s why. And I find that extremely one-sided, if not prejudicial.”

The video showed Bundy and Ward meeting outside the refuge and having a conversation focused on efforts to end the occupation peacefully. Palmer’s involvement was much different.

In his complaint, Gray submitted radio dispatch logs showing that Palmer spent more than three hours meeting with militia leaders, including Ryan Payne, an Army veteran from Montana who faces federal charges related to the occupation as well as to his role in the 2014 armed standoff in Bunkerville, Nev., where he was responsible for organizing the hundreds who came to help Nevada rancher Cliven Bundy.

Another complainant, Valerie Luttrell, emergency communications manager for John Day 911, voiced concerns about Palmer’s close associations with militant occupiers. Luttrell added that dispatchers were worried when they learned Palmer was heading for a roadblock set up by Oregon State Police –– the roadblock that led to the arrest of Ammon and Ryan Bundy, Payne and others, as well as the death of LaVoy Finicum, a rancher who had become the spokesman for the group and who was killed by police when he tried to reach for a handgun following a car chase.

“Sheriff Palmer’s blatant disregard for the potential consequences of pushing his personal agenda over the safety of the general public that he is sworn to protect is at the very least an ethical transgression,” Luttrell said.

In spite of that, Mack said that he will stand in support of Palmer, even through he admitted the Grant County lawman may have committed potential ethics violations. “I’m going to be on Sheriff Palmer’s side. He has stood against the Forest Service for years and years, and they keep coming. And now we have the federal government stealing more land in Oregon and Idaho and Utah,” Mack said. “And how is it helping us that the federal government steals all this land?”

But what about allegations Palmer signed a pocket copy of the constitution belonging to Ritzheimer during their early meeting in January? Even Mack has concerns about that.

“Well, there’s an ethical violation if I ever heard it,” Mack said. “Come on.”