Corvallis firebombing was retaliation after arrest of congregant for plotting to set off truck bomb at Portland Christmas-tree lighting.

EUGENE, Ore. -- More than five years after the hate crime itself, the young man convicted of firebombing a mosque in Corvallis, Ore., in 2010 was given five years of probation by U.S. District Court Judge Ann Aiken on Wednesday.

Cody Seth Crawford, the now-29-year-old man who investigators determined launched a homemade firebomb into the offices of the Salman Alfarisi Islamic Center on Nov. 29, 2010, was remanded to the custody of the Oregon State Hospital in Salem, where he has been involuntarily committed since 2012. He is expected to remain there until June 2018, at which time he be freed while remaining under probation. 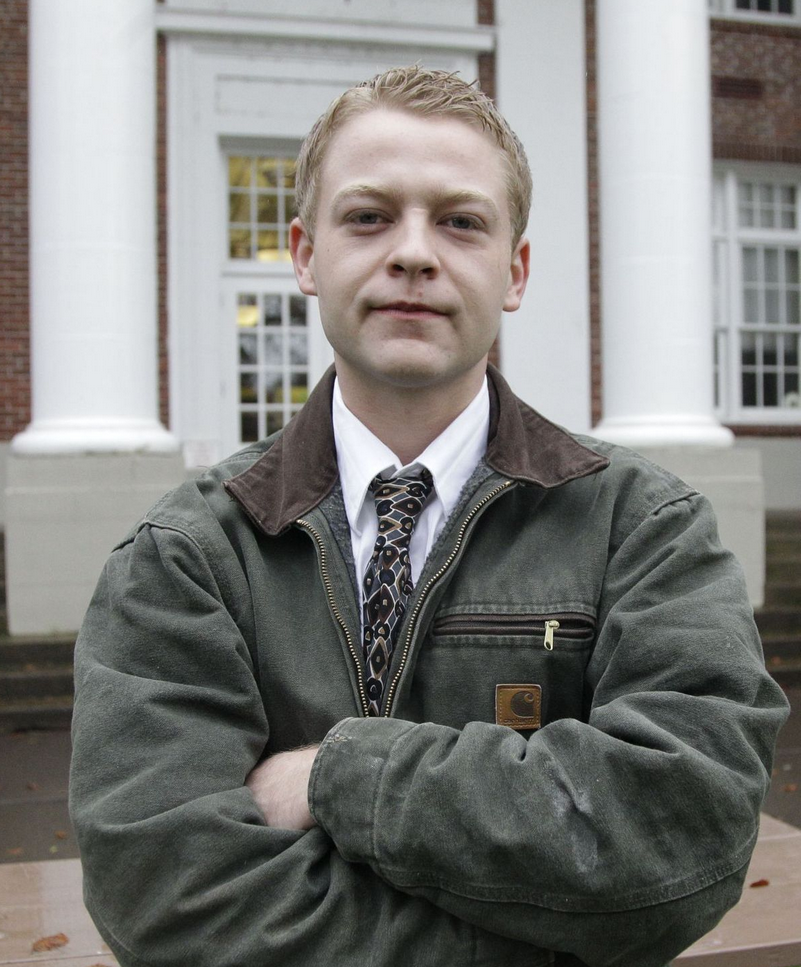 Crawford had pleaded no contest to the federal charges of damaging religious property because of the religious beliefs of its occupants, a federal hate crime, in November 2015. Because Crawford has bipolar disorder and Asperger’s syndrome, as well as a history of drug and alcohol abuse, Judge Aiken had ordered a mental evaluation before proceeding with the sentencing.

The firebombing was a kind of retaliatory act: Two days before, a sometime member of the Corvallis mosque named Mohamed Osman Mohamud had been arrested by FBI agents in a sting operation revolving around a plot to set off a truck bomb at Portland’s annual Christmas-tree lighting. Mohamud, then 19, had believed the cell phone he was using would trigger the bomb, which was a fake rigged up by federal agents.

Mohamud’s case raised a number of concerns among civil libertarians about entrapment strategies by federal law enforcement agencies targeting specific religious groups, and his attorney argued in court that he never would have been able to engage in any of these plots had he not been enabled in doing so by federal agents. Nonetheless, he was found guilty by a jury of attempting to use a weapon of mass destruction, and sentenced to 30 years in federal prison.

Crawford’s sentencing, in contrast, was a fairly amicable affair in which all parties signed onto a plea agreement that had been reached several months before. No representatives from the mosque or the Muslim community appeared in court; as chief prosecutor William “Bud” Fitzgerald explained, the mosque’s leadership desire was to put the incident behind them and continue the healing process in their community.

Crawford himself spoke at length, reading aloud a seven-page statement in which he again denied that he committed the bombing, and ardently denied that he had any hatred for Muslims, other than “jihadists,” whom he distinguished from ordinary followers of the faith.

“The idea that I am a racist or a crude human being is only perpetuated by the ones who are, in fact, lacking the understanding and civility of modern man,” he said. “I am not a racist, I love almost everyone.”

He reiterated his claims of innocence as well: “Throughout the entire last five years since the fire happened, I have always told everyone that I did not start the fire,” he said, noting instead that he was “harassed and bullied” by a Corvallis detective. Moreover, Crawford said nothing expressing any concern for the Muslim community that had been the target of the firebomb.

Crawford had lived in a house only 200 feet away from the Islamic Center at the time of the bombing, and had written anti-Muslim screeds on Facebook when Mohamud had been arrested. The bomb itself was a homemade device comprised of a two-liter soda bottle filled with gasoline and mineral oil, tossed through a window and set ablaze, where it caused thousands of dollars’ worth of damage.

The original affidavit filed in the case also claimed that Crawford, had ranted to police officers in McMinnville and Corvallis about Muslims – even accusing one officer of “looking like Obama” – and described himself as “a Christian warrior,” on two subsequent occasions. He also told police that his wife was Muslim and had taken his son.

Crawford eventually was ordered hospitalized in the state’s mental-health system, and has been a patient at Oregon State Hospital in Salem since 2012.

His well-being and ability to graduate from that system were the focus of much of the sentencing hearing, which included a discussion of Crawford’s role as a teenager in the Dundee Ranch scandal, involving allegations of abuse of young men placed in the care of the Costa Rican “reform” camp. Crawford had played a leading role in news accounts of that scandal.

Judge Aiken expressed doubts that Crawford had been able to form the intent required to make his attack on the mosque an actual hate crime. She compared Aiken’s unwell mental state to that of an elderly Alzheimer’s victim who might revert to racism and other unacceptable behavior as their state deteriorates. In the end, she expressed confidence that Crawford would be able to successfully complete his treatment and return to society as a useful contributor.

“The system is far, far, far, far, far from perfect. In fact, it’s shameful how we handle the mentally ill in the criminal justice system,” she said. “Today is a good day for justice.”

Afterward, Prosecutor Fitzgerald explained that the disparity in the outcomes of the Crawford and Mohamud cases was ultimately a product of the wide differences in the two cases. “Different facts, different illnesses, different outcomes,” he told Hatewatch. “That’s what happens when cases go through the court system.”

He added, somewhat ruefully: “I think it’s safe to say that this is one of those cases where no one got what they wanted.”