It’s been a difficult week for Phyllis Schlafly, considered a matriarch of the conservative movement in America, and the leadership at Eagle Forum, the hard right organization originally founded in 1972 as “Stop ERA” by Schlafly in opposition to the Equal Rights Amendment (the organization was re-named Eagle Forum in 1975). The Forum and Schlafly espouse conservative conspiracy theories such as fears of the "North American Union" (the alleged union of Canada, Mexico, and the U.S. into an evil cabal); and fears of immigration, which may lead to "sharia law," an anti-Muslim conspiracy theory that claims Islamic law will supercede the U.S. Constitution. Schlafly has also claimed that marital rape does not exist and that gay marriage advocates are trying to "wipe out Christianity."

Schlafly started her week by finding out that six executive board members of Eagle Forum were planning a coup. Several members of the board of directors seem to have taken issue with Schlafly’s public endorsement of presidential hopeful Donald Trump, and have been attempting to remove Ed Martin, Eagle Forum president.

The upheaval appears to have been coordinated by Schlafly’s first vice president, Eunie Smith, currently the president of the Eagle Forum’s Alabama chapter, and Schlafly’s own daughter, Anne (Schlafly) Cori.

Schlafly continues to garner support from members of various Eagle Forum chapters around the country, and also from Ed Martin, who became president last year.  Martin was allegedly ousted by the board at a board meeting held April 11. Smith claims the board made the decision because of Martin’s “character and management style,” but she also denied that Schlafly had been removed as chairman of the board. 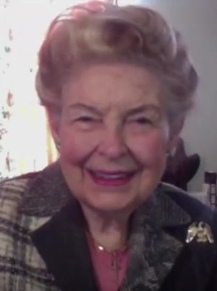 In spite of the board’s decision, Martin claimed on a St. Louis radio show that he was still the president of Eagle Forum. The board made a number of other appointments at the meeting. Anne Cori was promoted from vice chairman of the board to executive director of Eagle Forum and Eunie Smith was named the interim president as the group will apparently be launching a search for a new leader.

Schlafly, who was apparently present at the board meeting that unseated Martin, had publicly addressed this “Gang of 6” in a public letter, according to the conservative site Daily Caller and asked for their immediate resignations from the organization. Martin echoed this message in a statement he issued through the Eagle Forum Missouri chapter’s Facebook page.

Schlafly and Martin claim that the attempt to remove Schlafly was to gain access to monetary funds that Eagle Forum has been collecting over the years. Eunie Smith and her fellow board members responded by countering with a message of their own--that the board meeting was pre-planned and in accordance with Eagle Forum bylaws, though Smith also accused Martin of “slanderous, libelous, and without merit” statements against her.

At this juncture, the fortunes of the Eagle Forum remain uncertain, though it appears that the board is moving forward with its own agenda.