Even as he sits in a jail cell accused of criminal conduct, embattled Nevada rancher Cliven Bundy continues to fight the federal government he so detests. 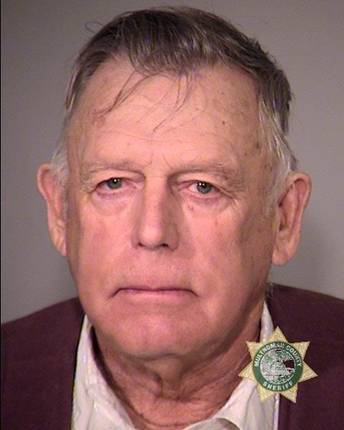 In the latest twist, the 70-year-old Bundy is suing President Obama, Sen. Harry Reid and others for $50 million, alleging his civil rights were infringed.

Bundy claims a 2014 standoff with federal agents at his Bunkerville, Nev., ranch after he refused to pay over $1 million in federal grazing fees, was part of a high-level “secret” kickback plot to take away his land and sell it to the “communist Chinese.” Similar conspiracy theories have been around for years.

Bundy and four of his sons –– Ammon, Ryan, Melvin and David –– were named in a March 2 criminal indictment filed in Nevada, accusing them of conspiracy, assaulting and threatening federal officers, extortion, obstruction of justice and other charges for their alleged roles in the 2014 Bunkerville standoff. Ammon and Ryan Bundy face a separate indictment in Oregon for their roles in this year’s 41-day illegal occupation of the Malheur National Wildlife Refuge.

In the civil suit filed this week in Las Vegas, the elder Bundy seeks dismissal of the Nevada indictment and demands his release from solitary confinement where he has been held since he his arrest on Feb. 10 while traveling to Oregon.

The civil suit also asks that U.S. District Judge Gloria Navarro be removed from presiding over the pending criminal case in Nevada, and that Bundy be allowed to retain attorney Larry Klayman to represent him even though he’s not a member of the Nevada bar.

Bundy’s lawsuit accuses the federal judge of being a “Latino activist” who has engaged in “unethical and unconstitutional conduct.”

The lawsuit, filed by Bundy’s current attorney, Joel F. Hansen, of Las Vegas, claims all of Cliven Bundy’s legal problems are the result of a high-level government plot to take away his land and cattle – a conspiracy involving the President, Sen. Reid, his son, Rory Reid, who’s an attorney, and Judge Navarro, who are all named defendants.

While the defendants haven’t yet formally responded, Justice Department attorneys in such cases usually file motions to dismiss on the grounds the legal actions are frivolous, lack standing or the defendants’ are protected by sovereign immunity.

The lawsuit alleges that Sen. Reid directed his “longtime aide,” Neil Kornze, the director of the U.S. Bureau of Land Management, to send “the equivalent of federal storm-troopers to plaintiff Bundy’s ranch [in 2014] to seize his and his family’s land and capture and/or harm his cattle …”

“These so-called federal agents proceeded to threaten the lives of defendant Bundy and his family at gunpoint, abuse and kill their cattle, including burying bulls in secret mass graves, and assaulting and tazing various Bundy family members to force them off the land,” the lawsuit alleges.

In response, Bundy says in his suit that he and his sons, along with other armed “peaceful cowboys and militias,” possessing a “First Amendment right to peaceable assemble,” succeeded in having the federal agents abandon their attempt to seize Bundy’s cattle herd for non-payment of grazing fees.

Bundy contends the 2014 standoff was precipitated by an “under-the-table negotiated deal to seize and sell the [his Nevada] ranch and its chattels, including any remaining cattle, for profit and or kickbacks from the purchaser(s), some of whom were reported to be communist Chinese.” The suit cites reports by “numerous news agencies and sources” as its basis for those assertions.

“Bundy and his family did not harm any federal agents and their mercenaries at the stand-off but simply exercised their Second and First Amendment constitutional rights to bear arms and peaceably assemble to stand peacefully in the way of this unethical, illegal, and corrupt attempted takeover of the Bundy’s ranch for the personal gain of defendants Harry and Rory Reid,” the suit alleges.

After the standoff, Bundy claims Reid, “acting in concert” with President Obama, “illegally and unethically misused the power” of his Senate office to have Bundy  prosecuted by the Obama administration” as part of continuing efforts to secure the Bundy ranch.

Two days after the 2014 standoff, Bundy’s suit claims President Obama made “threatening, mocking and disparaging” remarks about him at the White House Correspondents’ Dinner. The president jokingly referred to Cliven Bundy’s use of the term “Negroes” during a media interview.

“As a general rule, things don’t end well if the sentence starts, ‘Let me tell you something I know about the Negro,’” the president said without naming Bundy.

The lawsuit says Bundy “publically equated his and his family’s situation to the plight of ‘Negroes’ in the old South,” who were “enslaved by a tyrannical government as he and his family believed they were given the threats and violent attacks on his family members, his cattle and the Bundy’s supporters.”

“He chose the word ‘Negro’ believing that this was a proper term for African-Americans,” Bundy claims in the lawsuit.